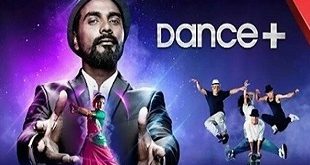 Dance Plus 5 is always filled with energy, enthusiasm and has stars pouring in to add to the entertainment. Today’s episode was no different. It saw Bollywood’s favorite couple Kartik Aaryan and Sara Ali Khan coming in to promote their film Love Aaj Kal. Their presence added to the energy factor as the contestants burnt down the dance floor with their impactful performances. Kartik and Sara brought in their sizzling chemistry that left everyone in awe. Towards the end, Remo D’souza announced who would join the finalists. This gave some deep sorrow while others the joy that they have never felt before. Here are the highlights for 15th February episode of Dance Plus 5.

The show began welcoming the couple of the two on onstage, Sara Ali Khan and Kartik Aaryan. The audience went crazy and there were cheers and shouts as they came ontage.

If we have a phobia towards something we tend to run away from it. But that is not what Monark Trivedi did. He took his phobia of heights into his own hands. He climbed a towering figure and performed like never before. Guest Kartik Aaryan tried his hand at the same but was not successful.

Trust Candybots to mix western steps with the beats of an iconic wedding song ‘Bole Chudiyan’. It is beyond anyone’s imagination that such a fusion was possible. They made everyone want to join them in an impromptu dance session including us watching them on television. Such is the beauty of the beats. They truly brought the house down.

Remember the game Mortal Kombat? Tron Brothers brought the game live onstage as they dressed as characters from the game. They performed to the tunes from ‘Dum’

Get the best dancers together and mix them up they create marvels onstage. The stage was set on fire by Janam and Sanchita-Subrata. They made people go gaga over their movements. They danced to Shah Rukh Khan favorites Tumse Milke Dilka Hai Jo Haal from Main Hoon Na. Sanchita and Subroto went all out to bend their bodies in ways never imagined and were met with whistles and claps as appreciation.

Some contestants never cease to add a surprise element along with their performances. Such a duo are Deepika and Rupesh. They managed to pull off a pantomime mime act against a backdrop of classical elements. The fusion of these two elements was never imagined but they put up a beautiful performance.

There is no one in the industry who defines the perfect blend of talent and cuteness better than Sara Ali Khan. She joins the contestants onstage as she grooves to her hit on ‘ Aakh Marrey’ from Simmba. A few contestants perform for Sara and she is a good sport as she joins them onstage.

One contestant who has managed to grab maximum eyeballs Is Rupesh Bane from Team Dharmesh. He has always given exceptional performances and has always been praised for these. Rupesh has earned the name t-shirt boy. His performance was dedicated to these very t-shirts which have given him fame. He uses the t-shirts as props so seamlessly that he awes everyone with his performance. Grand Master Remo calls his performance magical and applauds him.

Vintage Love returns with The Ace

There is nothing like good old vintage. This element was brought onstage by Team Suresh’s contestants The Ace. They were extremely synchronized. They were dressed up as old school actors who were a part of B&W movies. Their performance spread smiles across the stage.

SarTik Make Us Fall In Love

Currently SarTik are painting the town red. They are major couple goals and make everyone go weak in their knees when they see them together. On tonight’s episode they gave the audience more moments to go all awestruck at their chemistry. Sara and Kartik were invited onstage to perform a dance that is close to their heart. The spark between them does not go unnoticed as they sizzle onstage.

Remo D’souza made the lives of two contestants by naming them as finalists. He declared that Rupesh Bane from team Dharmesh and Deepika=Rupesh from team Karishma would be the third and fourth finalists. The rest of the contestants were heartbroken but put up a brave front.