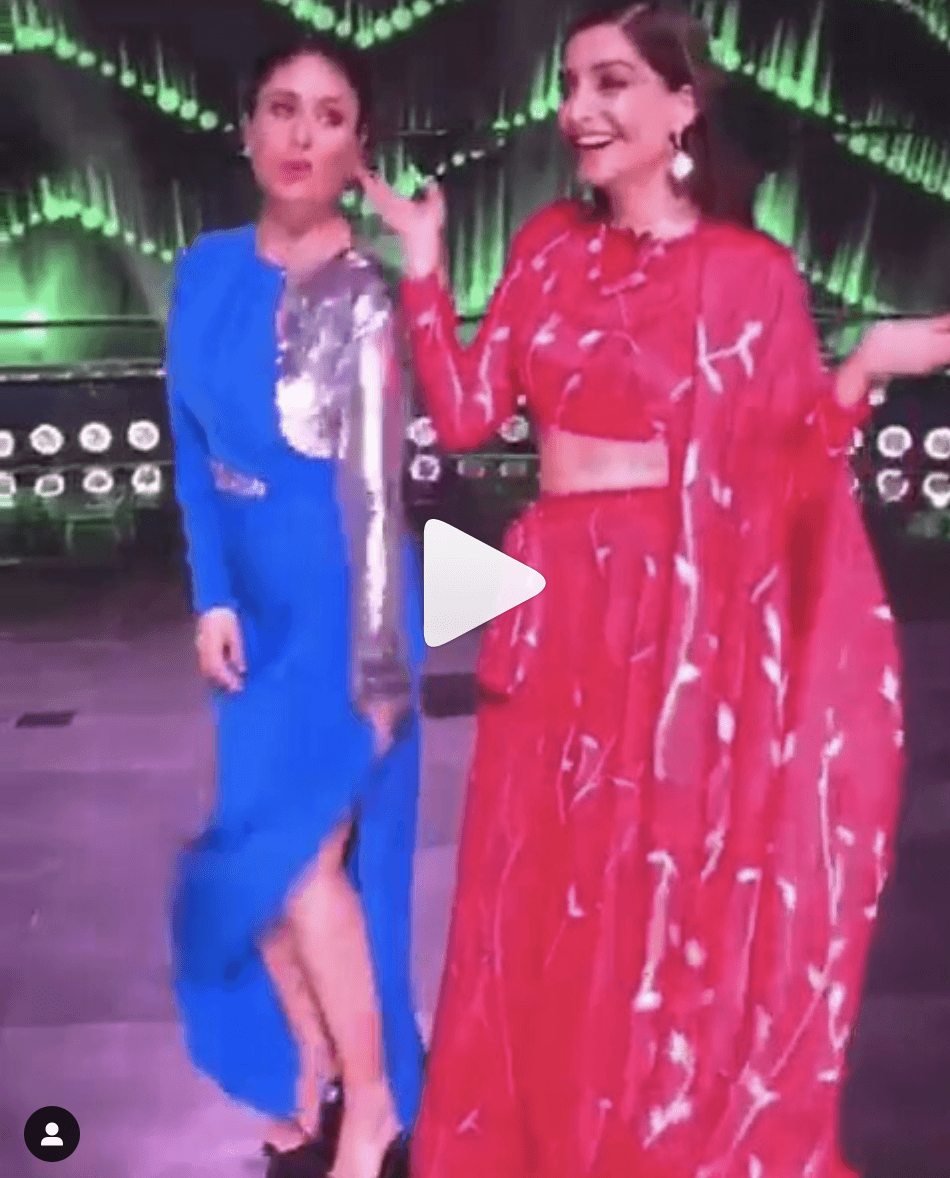 Sonam Kapoor and Dulquer Salmaan are busy promoting their upcoming film “Zoya Factor” these days . In this connection, both reached the stage of reality dance show Dance India Dance Season 7. On the show, Sonam met Kareena Kapoor, co-star of her film ‘Veere Di Wedding’. Kareena Kapoor is judging the show. Meanwhile, both the actresses performed a tremendous dance on the songs of their film Veere Di Wedding on the back stage. Recently, Kareena Kapoor and Sonam Kapoor’s dance video has surfaced through social media. This video is going viral on social media.


Talking about Sonam Kapoor’s film Zoya Factor, her film is ready to hit the box office on 20 September 2019. Sonam Kapoor and Dulquer Salmaan are going to be seen together on screen for the first time. The film is being directed by Abhishek Sharma. The film is an adaptation of Anuja Chauhan’s best-selling novel The Zoya Factor in 2008. Sonam Kapoor will be seen playing the character of Zoya Solanki in the film. Zoya Solanki proved to be a lucky charm for the Indian cricket team during the 2011 Cricket World Cup. At the same time, Nikhil Khoda is playing the role of Indian cricket captain in the film by Dulquer Salmaan.