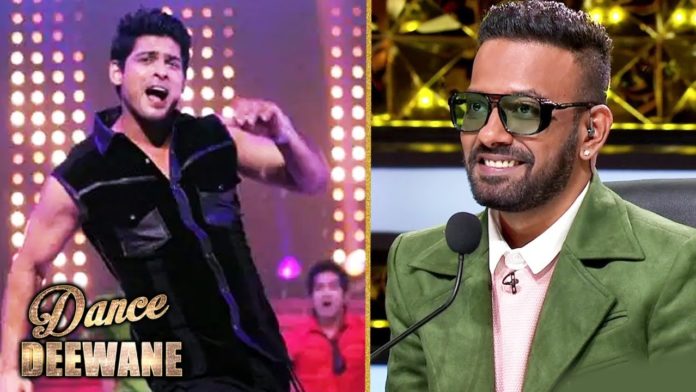 Bigg Boss 13 winner actor Sidharth Shukla is currently rocking the OTT platform with his web series Broken But Beautiful. The actor, who made his digital debut with this project of Ekta Kapoor, will soon be seen in Colors TV’s Dance Deewane 3. In the upcoming episode of Dance Deewane, Sidharth Shukla is coming to promote his new web series. However, the shooting of this episode has not happened yet.

The Bigg Boss 13 winner will arrive on the sets of Dance Deewane tomorrow, where he will shoot the episode as a guest judge and judges Madhuri Dixit, Dharmesh Yelande, and Tushar Kalia. It is obvious that if Sidharth comes to this dance reality show, then there will be dance.

If sources are to be believed, Sidharth can also give a dance performance and Dhakdhak girl Madhuri Dixit. Let us tell you, Sidharth had shared the stage with Madhuri even earlier during a reality show. Then Madhuri was the judge of Colors TV show Jhalak Dikh La Jaa, and Sidharth was a contestant.

Sidharth is quite excited to appear in a new show on Colors TV. He is also seen as the ‘Face of Colours.’ He has been the host of reality shows like India’s Got Talent Season 6 and Season 7 of Colors TV. He has also won the reality show title, Bigg Boss 13 and Khatron Ke Khiladi 7. In Bigg Boss 14, Sidharth has hosted the episode of Bigg Boss in the absence of Salman Khan. Sidharth has also worked in super hit shows like Colors TV’s Balika Vadhu and Dil Se Dil Tak.

Talking about Sidharth’s recently released web series, this web series released on Alt Balaji and Max Player has got more than 8 lakh viewership so far. Sidharth is playing the role of Agastya in this series. The audience very much likes the pairing of these two with Sonia.