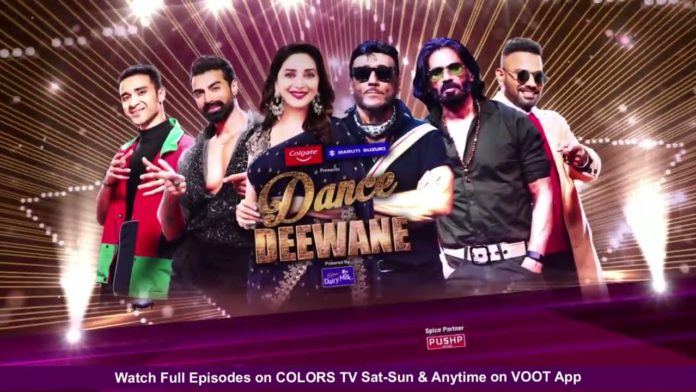 The famous contestants Sahil and Anjali of Colors TV’s dancing reality show Dance Deewane 3 have been out of the show due to fewer votes. During today’s performance, he, along with his choreographer Paul, gave a dance performance based on the life of Jackie Shroff.

How the walls of a big house separate the family members from each other, this talented pair of Dance Deewane 3 showed this through their performance on the stage. Seeing this performance, Jackie Shroff said that something similar happened with his mother too. But this act of Anjali and Sahil could not bring them into the top 10.

After watching her dance, Dance Deewane’s judge and choreographer Dharmesh Yelande told her that her dance was perfect, the concept was also good. Still, there was more emotional drama in this act and less dancing. Was. Whenever Anjali and Sahil are on stage, this stage expects perfection from them.

Some shortcomings were seen in the act
Dharmesh further said that in this act, he saw some shortcomings. In Dance Deewane 3, along with the public’s votes, the votes of the judges also matter a lot, and hence there is no room for error in the act. After all, the lack of dancing in the performance proved to be the last mistake of this reality show for Sahil and Anjali.

Dance Deewane 3 Elimination
Along with Sahil and Anjali, the Creative Dance Crew, who came on the show as a wild card, got eliminated from Dance Deewane 3. The group performing in the group on retro songs could not show anything special in the show. That’s why they failed to take their place in the top 10.

Dance Deewane 3 Top 10 Contestants
Gunjan, Somansh, Aman, Papai and Antara, Pallavi, Piyush, Saddam, Arundhati, Information (Suchna), Sohail (Sohail) These are the top 10 finalists of Dance Deewane 3, who will be seen fighting their battle for the trophy.