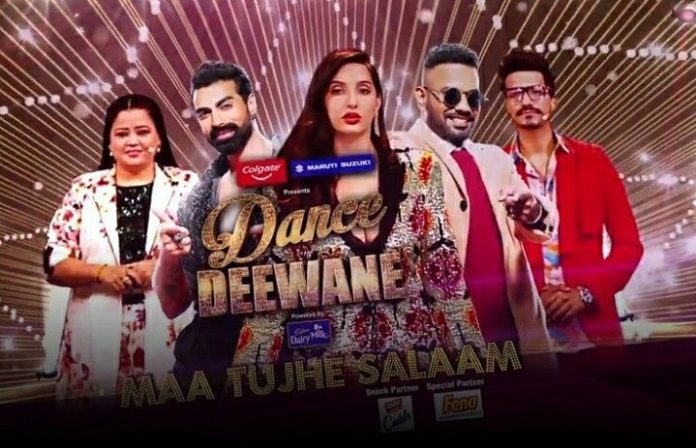 Colors TV’s brilliant dance reality show featuring Madhuri Dixit, Dance Deewane 3 returns this weekend with some scintillating performances in the Top 10 special episode. The Top 10 contestants will perform 90’s special songs from Alka Yagnik and Kumar Sanu. This weekend’s episodes will witness memorable performances from the top 10 contestants of Dance Deewane 3 in front of the coveted audience. However, the elimination suspense looms large after no elimination took place in the last four weeks.

While Dance Deewane Season 3 inches towards the Grand finale, the dance show’s competition tightens as the show nears the decisive moment. The battle for the finalist’s spot opens up from this weekend’s ’90’s special’ special performances. As expected, the audience’s favorites, Sohail and Vishal stuns the audience and impresses the judges with her emotional performance. Their performance received widespread accolades from Madhuri Dixit.

Considering the double-elimination seven weeks ago, there is a possibility of a single-elimination taking place this week. However, the judges could spring a surprise or two.

Dance Deewane 3 finalists will be announced soon. However, the top 10 contestants will perform in this weekend’s episode to prove their superiority over the rest of the others. Last week Olympics medalist Mirabai Chanu was present in the sets of Dance Deewane 3 to promote a show. Meanwhile, Sohail and Vishal chalk up an amazing performance with touched the hearts of the audience and judges.