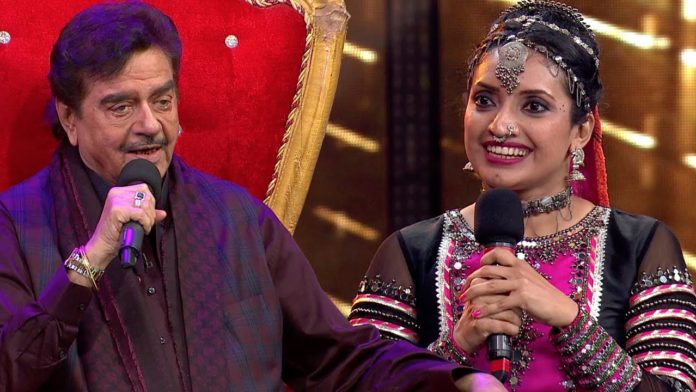 This week, Bollywood legend Dharmendra and Shatrughan Sinha will be seen as guests in Dance Deewane 3 on Colors TV reality show. Along with these two, Choreographer Puneet and Shakti will also be a part of this dance reality show. Actually, Dharmesh, judge of Dance Deewane, will not be a part of the upcoming episode, although the reason for his absence is not yet clear. But in the presence of Dharmendra and Shatrughan Sinha, the upcoming episode will be quite a blast.

These two great actors of Indian cinema will make the episodes more enjoyable through their stories and stories on this special occasion. Madhuri Dixit has also shared an interesting video on her social media account showing a glimpse of the upcoming episode. In this back to set video, Tushar Kalia, the second judge of the show, and Madhuri Dixit, famous dancers Shakti Mohan, and Punit Pathak are seen dancing as guests.

Actually, Shakti, Tusshar, and Puneet are eyeing Madhuri Dixit’s songs on 1,2,3 while trying to copy her movie, and we can see that all three create a laugh riot in this effort. This video of Madhuri Dixit is going viral on social media at this time.

Another big news has come from the set of Colors Tv’s reality show Dance Deewane 3. According to our sources and the crew of this reality show of Madhuri Dixit, 3 contestants have also tested positive for COVID 19. However, official confirmation has not been made by the makers in this regard. Uday Singh, Suchana, and Arundhati were unable to perform from the top 15 in ‘Dosti Special’ episodes on Saturday and Sunday, last week of Dance Deewane. We got information from our sources that despite having all the precautions, 3 contestants of this reality show have been hit by Corona, so these three have been quarantined.