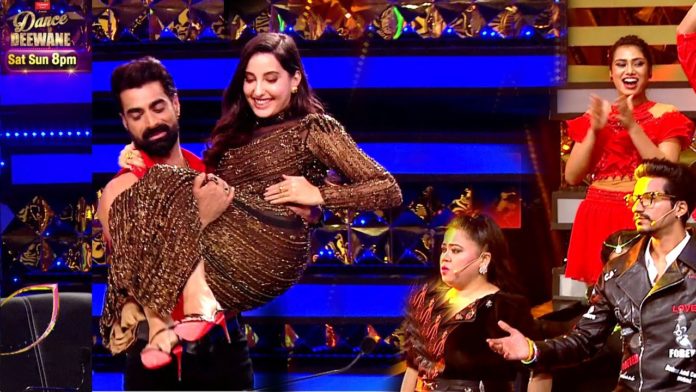 Colors TV’s trending dance reality show featuring Madhuri Dixit, Dance Deewane 3 is back this weekend with some astounding performances in the ‘Bachpan Special’ episode. Mika Singh and Daler Mehendi will be the special guests. This weekend’s episodes will witness electrifying performances from the top 10 contestants of Dance Deewane 3. However, the elimination suspense looms large after no elimination took place in the last four weeks.

While Dance Deewane Season 3 inches towards the Grand finale, the dance show’s competition stiffens as the show nears closure. The quest for the finalist’s spot opens up from this weekend’s Daler Mahendi and Mika Singh special performances. As expected, the audience’s favorite couple Gunjan and Sagar stun the audience and impress the judges. Their performance received widespread accolades.

Considering the double-elimination five weeks ago, there is a possibility of a single-elimination taking place this week. However, the judges could spring a surprise or two.