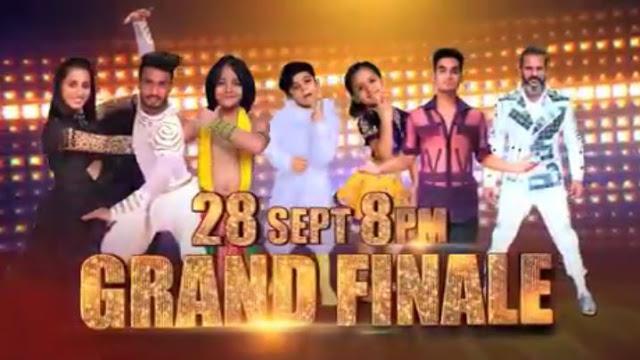 Dance Deewane 2 is drawing to a close this weekend. However, the suspense and drama continues as the grand finale is scheduled to be held today, the 28th of September 2019.

Dance Deewane 2 has been a very entertaining dance reality show. It is the only dance show in which dancers from three generations compete on a single stage.

This performance says that Vishal is here to make his mark?. Join us tonight on #DanceDeewane2 grand finale at 8 PM to witness the sur & taal of dance! #PriyankaonDanceDeewane #DD2Finale Anytime on @voot @priyankachopra @madhuridixitnene @thetusharkalia @arjunbijlani @shashankkhaitan

Who Are the Dance Deewane 2 Finalists?

Paramdeep Singh and Vishal Sonkar are selected for the grand finale from the second generation.

Mehul Mehta and Sneha Adapawar are nominated for the grand finale from the third generation dancers group.

Who Are the Dance Deewane 2 Judges for the Grand Finale?

Dance Deewane 2’s judges – Madhuri Dixit, Shashank Khaitan, and Tushar Kalia will be excited to see the contestants perform for the one last time in the show. The show will be hosted by Arjun Bijlani and he will be looking forward to the epic grand finale too.

According to the News Crunch online polls, Paramdeep Singh (Generation 2) and Vishal Sonkar (Generation 2) are leading. They are likely to be the winners of Dance Deewane 2.

Dance Deewane 2 grand finale episode will be telecasted at 8PM on the 28th of September 2019.

Dance Deewane 2 Grand Finale will be telecasted on Colors TV and Voot App.