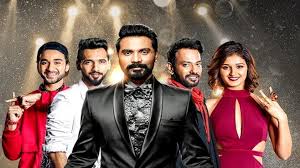 The level of Dance Plus 5 soars higher every week. This week we saw many interesting and fascinating performances. What was even better was the winners of the previous seasons were present to support the contestants and give a special performance. Here are the major highlights of this week’s episode.

Remo tagged this performance as ‘undekha, unsuna, unbelievable’. He went on to say that he had seen many blindfolded performances but this was a whole new step higher. In the earlier week Rupesh had not performed and wanted to make up for this. That is exactly why he chose a risky yet special blindfold act and aced it.Performing on ‘Tu na jaane aas paas haik khuda’, he covered a lot of area. He jumped across the stage, took the steps and even walked on a narrow path. It was mesmerizing and one of the most finest performances. It was but obvious that he received the double plus from Remo.

Subrat and Sanchita performed on ‘Deva shree ganesha’ and were brilliant. Remo compared their performance to a blockbuster film which had a wonderful start, middle and end. Their moves were a delight to the eye and they were smoothly swift. After the performance, Remo said that he was big Ganesh bhakt and Subrat and Sanchita gifted him a Ganpati idol.

They performance on ‘Kaise kaison ko diya hai’ was a laugh riot. In a good natured act they made fun of a lot of contestants but even thought there was a homor element the dance aspect was not compromised. Everyone thoroughly enjoyed their performance including Remo.

Both the groups were exceptional and performed wonderful acts. No one deserved to lose and maybe because of that Remo declared both the groups as winners.