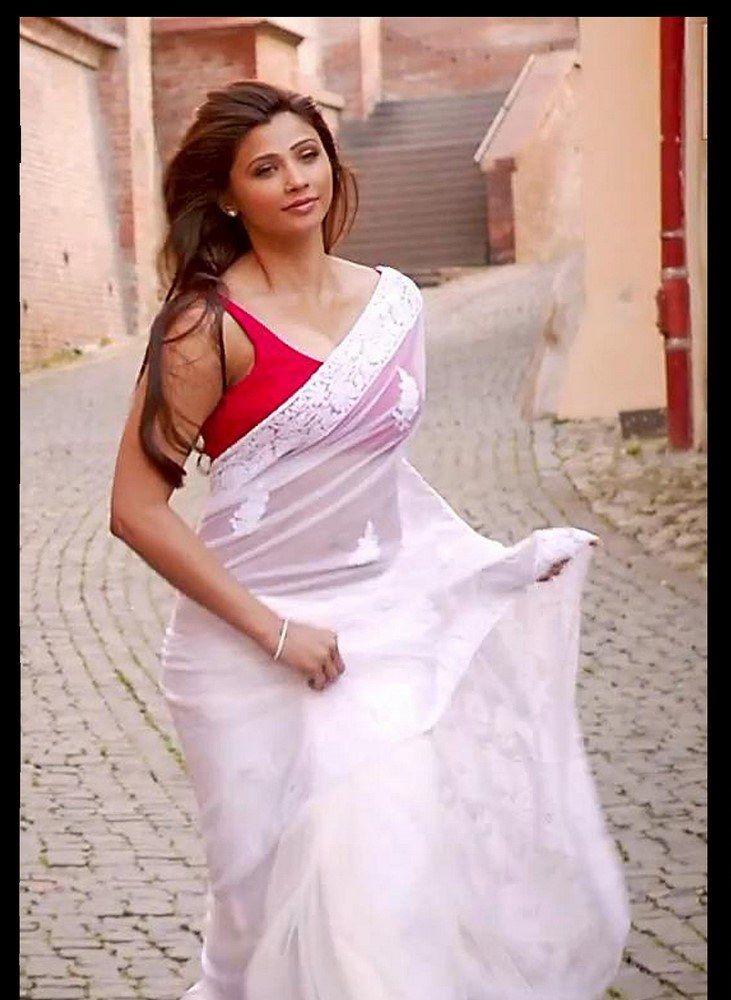 Daisy Shah’s recent hot picture in a sexy saree is trending on social media. The picture was a massive hit among her fans as it grabbed 18K+ likes within an hour. The saree worn by Daisy Shah was designed by Manish Malhotra.

Daisy Shah’s saree with a light grey saree with self sparkle and cream pearls. Manish Malhotra mentioned it as a perfect attire for cocktail parties. Daisy Shah looked gorgeous in her saree pictures.

Daisy Shah is on quite a long break since her role in Race 3.Daisy Shah and Esha Gupta will appear in Deeptak Tijori next ‘Tipsy’.