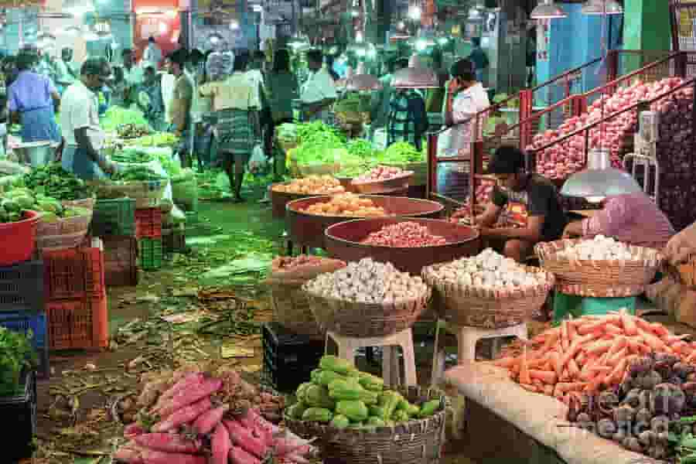 Chennai: Following the confirmation of 2 people for coronavirus, the Tamil Nadu government plans to divide the Koyambedu market into three.

Tamil Nadu ranks 6th among the fastest spreading coronavirus in India. While the curfew is in effect nationwide until May 3, only vegetables and groceries are exempted from the curfew.

As a result, the Chennai Koyambedu Vegetable Market is operating with various constraints. Every day, with thousands of people arriving, the corona has been confirmed to a dealer and a person who owns a saloon in Coimbatore. Both have been isolated at Keeppakkam Government Hospital for treatment.

The Tamil Nadu government is planning to split the Coimbatore market into three, following complaints of non-compliance and restrictions. It has been decided to open a total of 3,100 stores in three, in Koyambedu, Kelambakkam and Madawar. Chennai Municipal Commissioner Prakash and Chennai Municipal Police Commissioner A.K. Vishwanathan also held talks today. At the time, the merchants were protesting the government’s decision to divide the market into 3. They suggested that the market be allowed to run at the Omni bus stand in Coimbatore.

Police Commissioner A.K. Vishwanathan said: – People never observe the social gap in the Coimbatore market during curfew. If Corona comes in four more people will have to close the market. Negotiations on relocating the Coimbatore market have not been finalized yet. “We will hold talks with traders again tomorrow morning at 10 am,” he said.