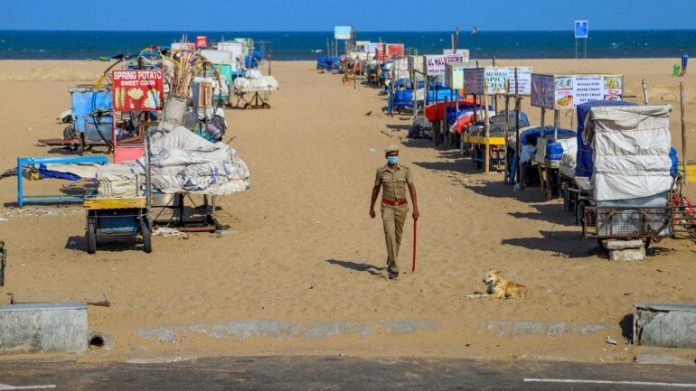 22nd March 2020 was declared as Janata Curfew by PM Narendra Modi in India. The country is said to be on voluntary lockdown as a step of precaution towards the ongoing COVID-19 outbreak that has shattered the country. While states like Maharashtra, Punjab, Karnataka and the capital Delhi have issues harsh terms to prevent the spread of the contagious virus there are states like Kerala who have kept it in check and on a path to recovery. Despite seeing these changes brought by the government and people who are afraid, Goa does not seem to stop its movement until Janata Curfew.


The Government of Goa has put Goa under partial lockdown and the Health Minister Vishwajit Rane has personally gone to places to check the precautionary measures. Goa being the tourist destination of the country is always flogged by foreigners. During this time when the situations are dire people from abroad have rushed back home. But people have considered this to be a holiday. No precautionary measures are being taken by the citizens. People are out mingling with one another and coming in contact with people who have a travel history.

The state has declared holidays for schools and colleges so that everyone can be on self-quarantine. This hasn’t stopped the movement. It has been said that since no one has been tested positive there is no need to worry and this kind of attitude is not going to take anyone ahead. It is not until today that Goa saw a halt in its social gatherings. While some people are trying their best to be isolated there are few who will contaminate the others. The aware citizens are doing their best to pass on the word. People have decided to finally take a step back and stay back home.

People are out and about like there isn’t a pandemic happening. The Government is doing everything within their capacity to prevent the Corona Virus from spreading in the state but people have not taken it seriously. Some claim that their immunity systems are good and it won’t affect them while others are on about how the temperature in Goa is soaring and it won’t cause harms to the people. These claims are preposterous. There is no harm in taking precautions.

Although Janata Curfew is voluntary but the fear of COVID-19 and spreading it has made people stay indoors. But that does not seem in the case. We received a video showing how the police are risking their lives by serving the country but people still wish to be on an about. The sources of this video are unconfirmed and its legitimacy is being verified. The SP South Goa has clarified the situation that occurred today. The concerned Police Official involved in the incident has been remove from duty effective immediately and an attached to reserve line. An enquiry into the incident has been ordered. The duty of the police is to assure that people do not unnecessarily move out today. But resorting to violence is uncalled for an not justified.

Goa is a beautiful state with the warmest people. But in times like this it is not funny to roam around in the open and term social distancing as a joke. It is not funny to gather in groups to hang out because you have been given holidays. The world is in quarantine for a reason. The Government is working hard to prevent it and so our doctors. Take a step back, self-quarantine.