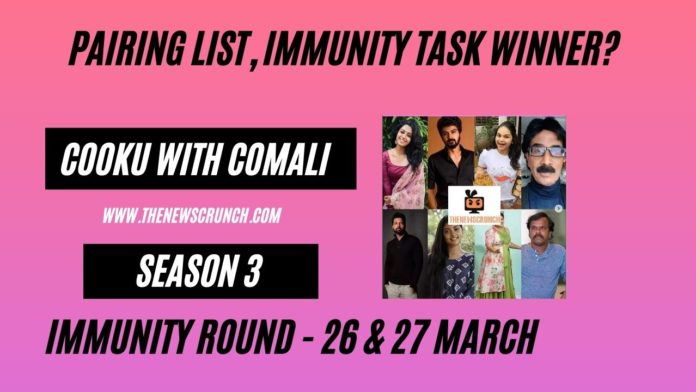 The ‘Immunity challenge’ round resulted in massive success for Grace and Manimegalai. Grace stunned the judges and audience with her finesse and creativity. However, the fourth elimination of Cook With Comali Season 3 is a suspense and will go down to the wire. Roshini and Tharshan are the bottom 2 contestants so far.

Dharshan stole the hearts of the judges with an Indian version of tiramisu while Santosh and Ammu Abirami also received accolades for their dishes.

There are high chances of Manobala or Santosh getting eliminated in the next week. Mano Bala, Santosh and Shruthika entered the bottom 3 for the elimination challenge. However, one of them will be eliminated at the end of Sunday’s episode.