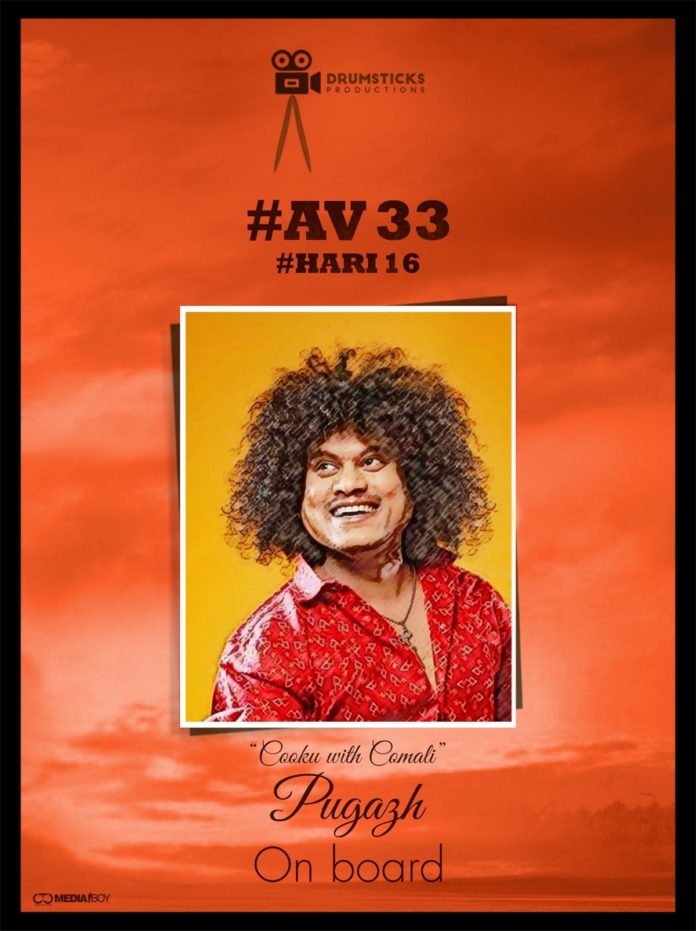 The show ‘Cook With Comali’ is airing on Vijay TV with a huge fan response. Every week on Saturdays and Sundays, the fans are watching the show with great interest. It is also worth noting that more and more fans watch the show again and again on Hotstar on other days.

Especially the acting of Pugaz as a comali on this show is enjoyed by the fans. Pugazh’s romantic antics with Darsha and Pavithra, brotherly affection with Shivangi, and engaging in pranks with other comalis have brought many smiles among fans. Pugazh’s rapport with Shakila is a treat as he struggles to cope with her bossy attitude but at the same time a celebration for the audience.

It has been officially announced that the star, already starring in a few films in this capacity, is currently co-starring in director Hari’s next film. The film crew has officially announced that Prakash Raj, Priya Bhavani Shankar, Radhika, Jayabalan, and many others have already been confirmed for the upcoming film ‘Arun Vijay 33’ to be directed by Hari. It is noteworthy that congratulations have been heaped on him for this.

Fans are eagerly waiting to see Pugazh on the big screen in a hilarious role.