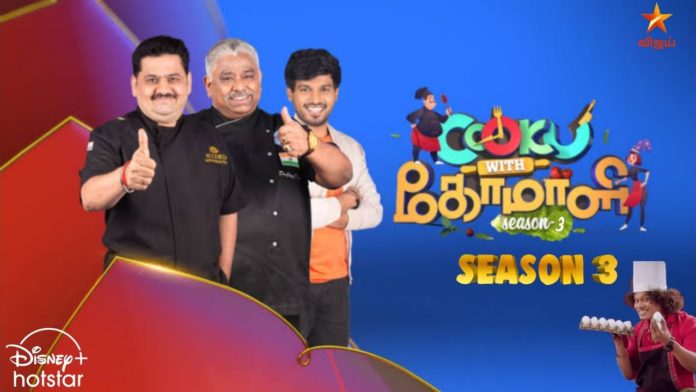 Cook With Comali Season 3 Starting Date – What to Expect?

Cook With Comali Season 3 will feature a whole new set of cooks and Comalis. However, a few Comalis like Bala, Pugazh and Shivangi are expected to return to the show. Their charisma and screen presence wooed the audience in the first two seasons. Host Rakshan is also expected to continue in Cook With Comali Season 3. There were several special performances and only one wildcard entry this season.

Cook With Comali Season 3 will start production in August 2021. However, the Covid-19 pandemic might play havoc on the production schedule as of now. The production company Media Masons are in the hunt for suitable contestants for the show. Hence, the potential to grab the audience’s interest in the show looms large.

There are several fake promos of the third season doing rounds on social media. The gripping show will feature several twists in the format in the upcoming season. However, the show will be telecasted in September 2021 as per current reports.

Hence, Cook With Comali fans can rejoice as the new season is just a few months away.

Sudarshan who entered the show as Pavithra’s friend is a potential contestant. Considering the need to have a charming young man on the contestants’ list after Ashwin’s raging popularity, the production team is in talks with Sudarshan.