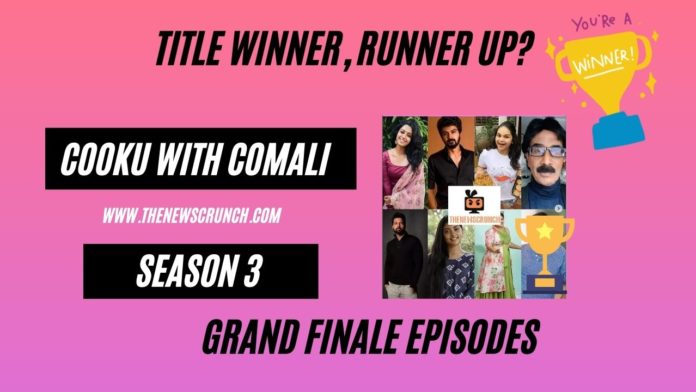 Shruthika is the title winner of Cook with Comali Season 3.

Cook With Comali 3 Runner Up

Darshan is the runner up of Cook with Comali Season 3.

The grand finale of Cooku With Comali 3 will feature epic hindrances and pairing. All the eliminated contestants and Comalis will grace the Grand finale and will be presented with individual awards commemorating their efforts in the show.

There will also be special comical moments featuring Pugal who will be one of the Comalis in the finale cooking tasks. The winner of the advantage task is likely to be a game changer. According to reports, Shrutika is the grand finale winner of Cook with Comali 3. Bala succeeded in emerging as the most successful Comali by assisting three finalists and the title winner during the show.