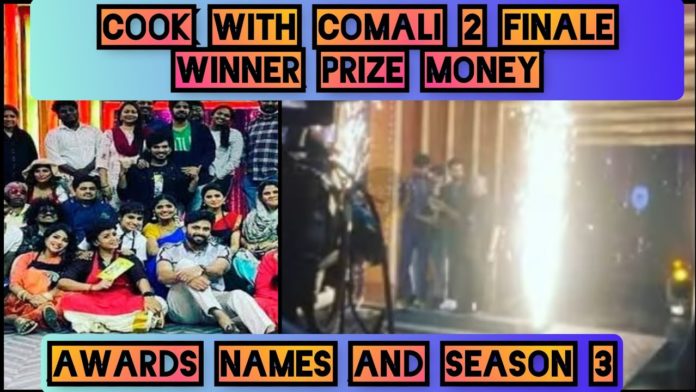 As always, the makers of Cook With Comali 2 surprised the audience with their good gesture. Every weekend, Cook With Comali 2 was a stress buster for millions of fans of the reality show. The production team took the Grand finale as an opportunity to felicitate the biggest entertainers of this season.

Manimegalai bagged the award for her stunning on screen creativity and take it easy attitude.

The winner of KPY and rightly so, Bala deserved this award for his amazing timing and presence of mind.

Madurai Muthu bagged this award and he deserved it. After entering the show as a cook, the comedian entertained the masses every week as a special guest.

Deepa won the award for the ‘Chella cook’ of Cook With Comali 2. Her hubby and chirpy attitude was fun to watch throughout the season.

Pugazh won the award for the Expression King of the season.

The host of the show, Rakshan won the award. He was an important person in binding the show together.