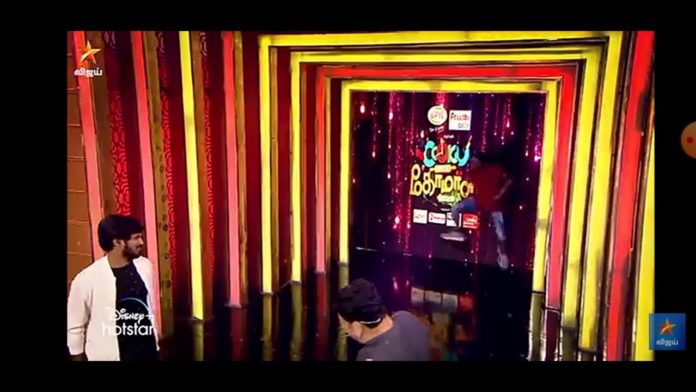 It has been reported that the relevant scene has been deleted following a minor controversy in the ‘Cook With Comali’ show which is airing on Vijay TV, with a huge response from the fans.