Home Entertainment Cook with Comali Pugazh is one of the most sought out comedy...
Facebook
WhatsApp
Twitter
Telegram 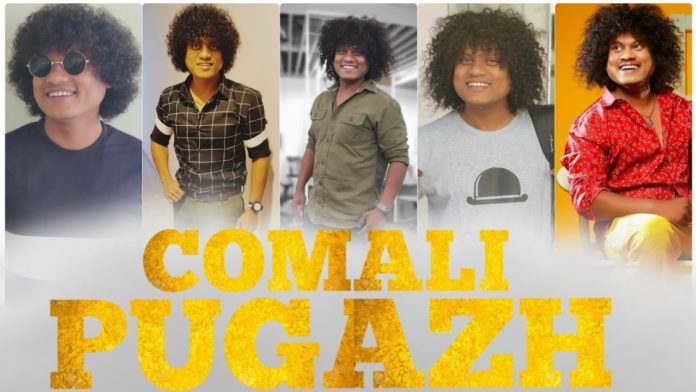 It is noteworthy that Pugazh went to the peak of fame through the only show ‘Cook with Comali’ he has struggled in the early days and has now reached this stage.

Pugazh worked in a mechanic shop without even three meals a day; Pugazh appeared in small roles on some TV shows in Vijay Tv, including ‘Siricha Pochu.’ Impressed with his comedy, he was currently featured in the first season of Cook with Comali.

He has gone to the pinnacle of fame in the second season that is currently airing. Before Season 2 of the Cook With Comali show, he had just over 600 followers on his Instagram page. But now, he has more than a million followers. Similarly, his YouTube channel is popular among the fans. Besides, he is currently contracted to act in comedy roles in a few films. It is noteworthy that even the leading media has been making headlines to serve as a hero in a movie.

Pugazh has already proven its mettle in the genre. Many have already proven that even the average person can reach the pinnacle of fame by using it properly if they have the right platform to express that talent if they have talent. He has a chance to become one of the leading comedians of Tamil cinema soon, and that period is not far off.