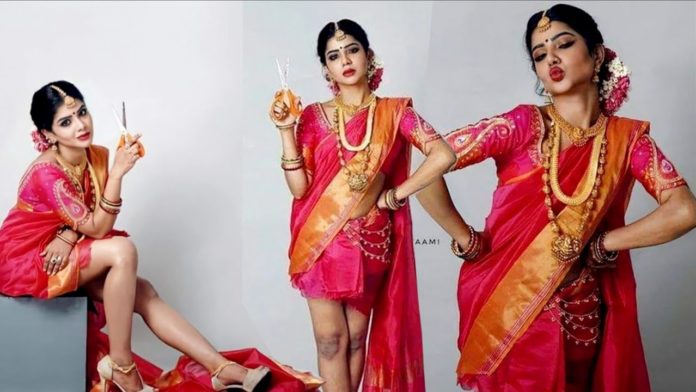 It is known that the show ‘Cook with Comali’ airing on Vijay TV has been very well received by the fans and the number of people enjoying watching old shows on Hotstar again and again every day and not only on Saturdays and Sundays.

The show has seemed more hilarious in recent episodes, with both Cooks and Comalis performing non-stop comedy. Pavithra Lakshmi, who is one of the cooks in the show, starred in the Malayalam film ‘Ullasam’. She is paired with young Malayalam actor Shane Nikam.

It has been reported that the release date of the film will be announced in a few days as the shooting of the film has been completed recently. It is noteworthy that her fans are very eager to see Pavithra Lakshmi on the big screen.

It is also rumored that Pavithra Lakshmi is in talks to star in a few films in Tamil and Telugu and the announcements for these films will be released soon.

Pavithra Lakshmi has also joined the list of people to star in movies from ‘Cook with Comali’ show and this list includes Shivangi, Darsha Gupta, Pugazh and Ashwin.