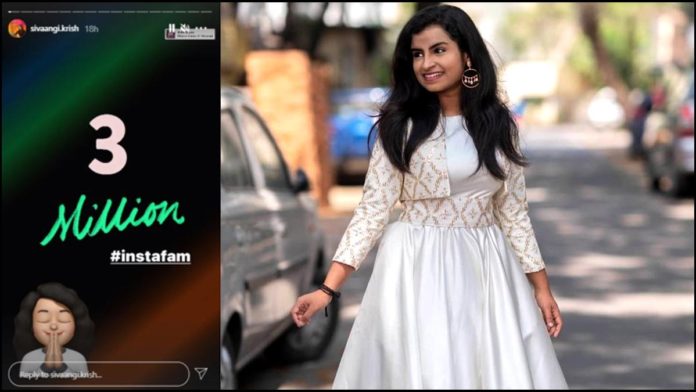 Everyone who attended the ‘Cook With Comali’ Season 2 show now knew that they had become famous on a different level. It is noteworthy that in addition to fame, Shivangi and Ashwin have also gained popularity, and they are also accumulating opportunities in the film industry.

Shivangi is currently quietly making a record on the social network website Instagram in this regard. Shivangi’s Instagram page currently has 3 million followers. Shivangi mentioned this with joy and pride and thanked everyone.

Shivangi is said to be currently playing a college student in the film ‘Don’ starring Sivakarthikeyan. She is also said to be in talks to star in few movies.