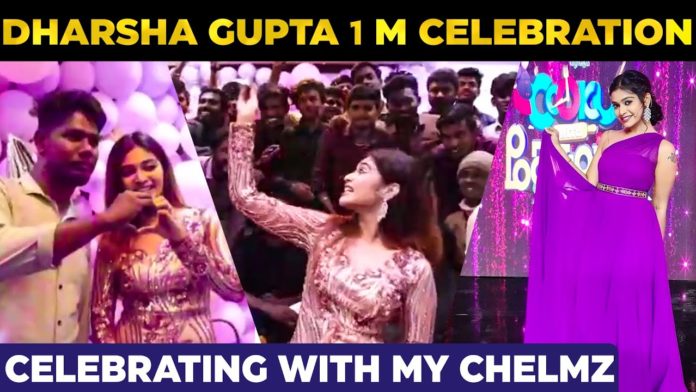 The ‘Cook with Comali’ show airing on Vijay TV on Saturdays and Sundays has been getting a bigger reception than expected. The show seemed to be getting popular among Netizens, and the clips from the show are being shared virally on social media.

It is noteworthy that everyone who took part in the ‘Cook with Comali’ show has become popular all over Tamil Nadu. Some of them have got film opportunities, including Pugazh, Shivangi, and Ashwin. Dharsha Gupta, who was recently eliminated from the show in that category, had recently organized an event to meet her fans in person and thank them after she got a million followers on her Instagram page.


The Star Hotel in Chennai attracted fans from many cities, including Madurai, Trichy, Coimbatore, and Chennai. She met more than 300 fans in person and thanked them, and had dinner with the fans. Darsha Gupta, who also received gifts from the fans, tactfully answered many of their questions. She said that the fans were the only reason she finally got a million followers and that her family was her fans and that she organized the event because she wanted to celebrate the event with the fans.