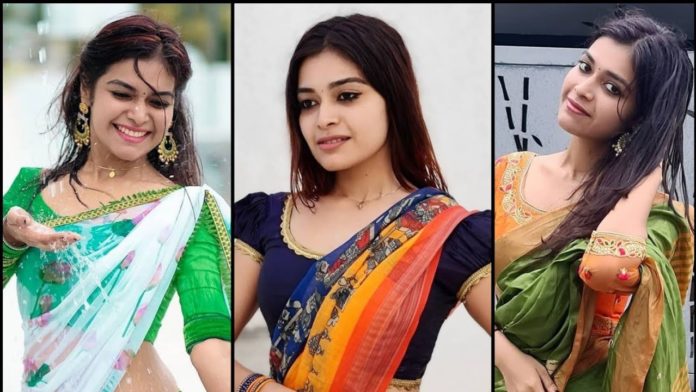 Senthoora Poove is a popular TV serial starring Darsha Gupta as the lead villain. She also became famous for participating in the Cook With Comali season 2 and was evicted out of the show last week.

Dharsha Gupta, who has been posting photos of herself and connecting with fans on social media, is currently starring in a movie. Dharsha Gupta co-stars with Richard Rishi in Draupathi director Mohan G’s next film Rudrathanthavam.

Also, photos of the scenes in which she plays a full-term pregnant woman in the film have been published on her social media page. Fans are shocked to see a pregnant Dharsha Gupta but later realized that it was a still from her upcoming movie.

Here are the photos