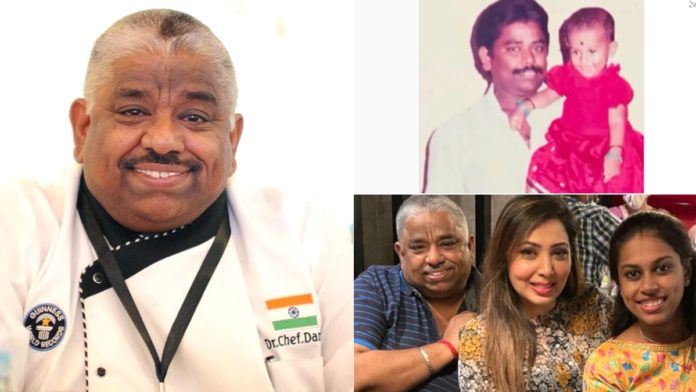 It is known that the show ‘Cook with Comali’ aired on Vijay TV was very well received by the fans and all the ‘Cooks’ and ‘Comalis’ who participated in the show became famous and are having a huge fan base.

It is known that even Chef Damu and Chef Venkatesh Bhatt, who are judges on the show, showed their performances in between with humor. It is noteworthy that Chef Damu himself enjoyed playing with the clowns in between and enjoying their antics and dancing with the contestants.

It is noteworthy that, in this case, the chef himself, who is active on Instagram, has shared photos of his family and videos with his cooking tips.

At this point, one of his old photos is going viral. Everyone is amazed to see this photo of Chef Damu holding his infant daughter. It is noteworthy that fans have been posting comments on this photo as he looks lean and completely different from his present looks.