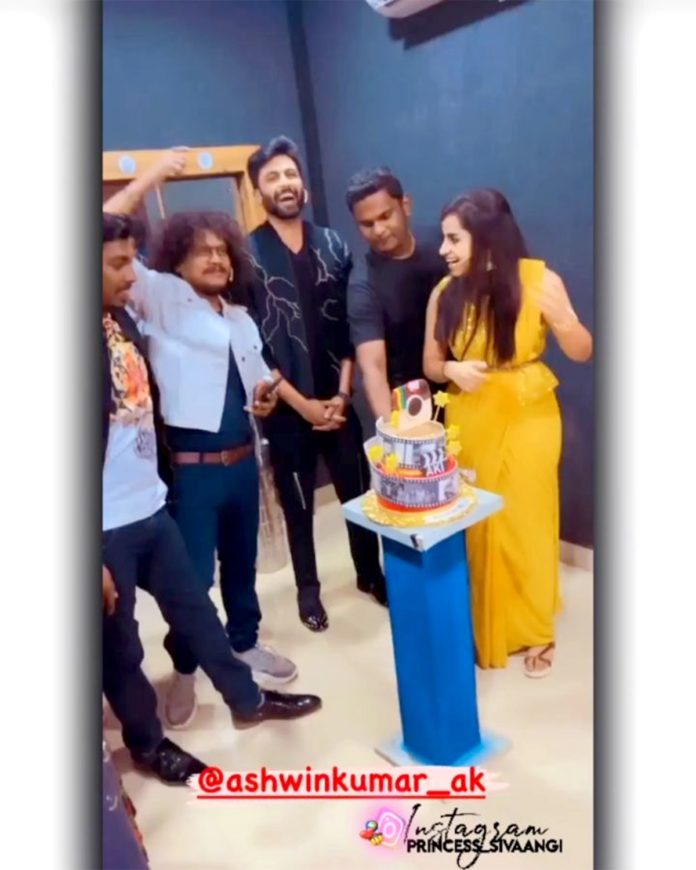 It is known that the second season of ‘Cook with Comali’ is currently airing on Vijay TV, and the show is getting a huge reception.

The number of fans for this one hour show is increasing day by day with an hour full featuring comedy.

It is especially noteworthy that the romance set between Ashwin and Shivangi is the talk of the town while Pugazh and Shivangi’s brother-sister sentiment is laugh-worthy, Madurai Muthu’s comedy, Pavithra and Pugazh romance, Baba Master’s frantic acts, Shakila’s strict act, and Manimegalai’s comedy have made this show very interesting and enjoyable to fans.

Speaking after cutting the cake among fellow contestants, he said that it was the ‘Cook with Comali’ show that made him famous and that the show is going very well.


The videos are currently going viral as Shivangi has posted videos on his social media page.