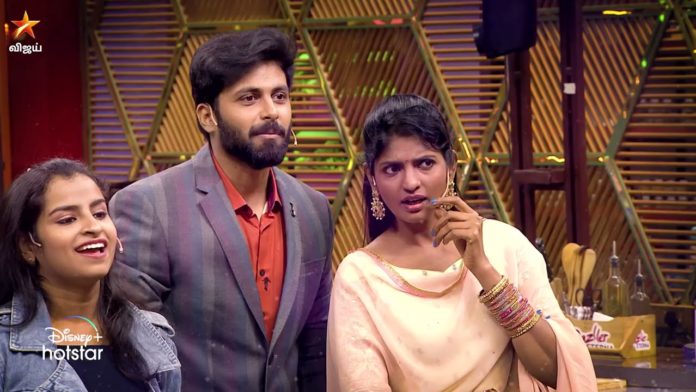 The main task on Sunday’s episode featured a ‘seafood’ special. It was a tough fight for the three contestants as Kani possessed the advantage. However, the cooks and comalis gave their best efforts. As a result, Kani won the main task with her amazing Keralite delicacy. Hence, Kani was the first finalist of ‘Cook With Comali 2’.

Baba Bhaskar and Shakila faced off in a 20-minute elimination challenge. The main ingredient was mango. Baba Bhaskar attempted a dish that came out better than Shakila’s. As a result, Baba Bhaskar was the third finalist of ‘Cook With Comali 2’.

‘Cook With Comali 2’ Elimination This Week

Shakila was eliminated in ‘Cook With Comali 2’ Semi-final week.