Home Entertainment Cooku With Comali 2 Cook With Comali 2 Winner: Who Deserves to Become the Winner of...
Facebook
WhatsApp
Twitter
Telegram 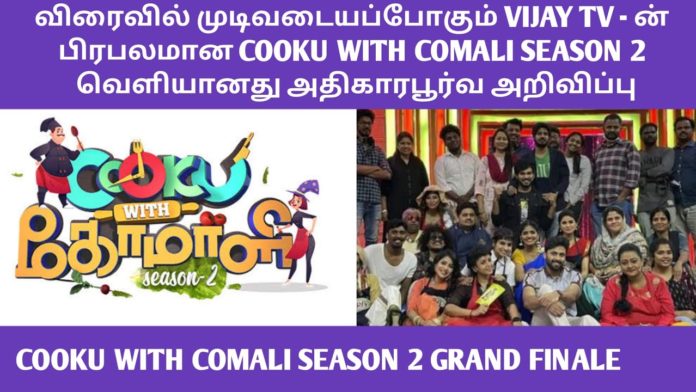 The five finalists of ‘Cook With Comali 2′ are Kani, Ashwin, Baba Bhaskar, Shakila and Pavithra. However, the winner will be announced at the end of the Grand finale. The winner of the first season was Vanitha.

Considering the touch of innovation, Ashwin will be a potential winner. However, in terms of consistency, Kani and Baba Bhaskar are strong contestants. Shakila might spring a surprise depending on the ingredients and task. However, the most probable options are Kani or Ashwin to become the title winner of Cook With Comali 2’.

The grand finale of Cook With Comali 2′ will be telecasted on the 14th of April 2021. The glitzy grand finale will be a five-hour-long event. However, the fun factor and the influence of Comalis will be top-notch. It is believed that some special guests will grace the finale episode.

Vote for your favorite cook who deserves to win Cook With Comali 2.

Who Deserves to Win Cook With Comali 2?