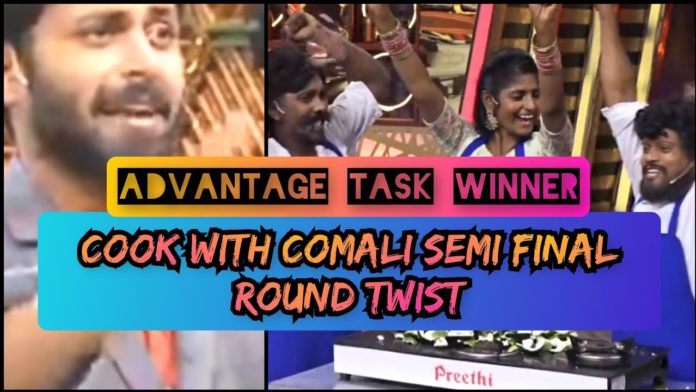 ‘Cook With Comali 2’ enters a decisive phase in the competition this week. The Semi-final task will feature four competent cooks and two ‘Comalis’ each for them. There will be fierce competition among the cooks as the battle for the first two finalists will take place on Sunday’s episode.

An epic twist awaits the cooks as there will an elimination as well as the announcement of the first two finalists this week.

As a result, three cooks and their ‘Comali’ pairs entered the second advantage task. They are:

Hence, Kani was declared the winner of the advantage task for the Semi-final week.

According to reports, Kani and Ashwin are the first finalists of Cook With Comali Season 2. Kani made use of her advantage to seal her place in the finals.

Baba Bhaskar won the elimination round after the cook-off with Shakila. Hence, Baba Bhaskar is the third finalist of this season.

As Kani and Ashwin entered the finals of Cook With Comali Season 2, Shakila is eliminated in Sunday’s episode.