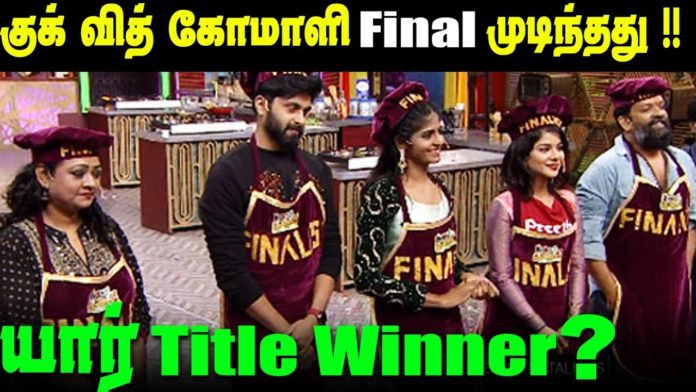 The grandeur of the Cook With Comali 2 Grand Finale is all set to impress the audience for one last time this season. The five finalists will brace themselves for an epic cook off topped with hilarious comedy from the Comalis.

Musical maestro AR Rahman will grace the cooks and comalis through video calls. He teases Kani about her ‘karakozhambu’. The show’s impact on celebrities and the common man is stupendous.

Kani is the winner of Cook With Comali Season 2.

Cook With Comali 2 Runner Up