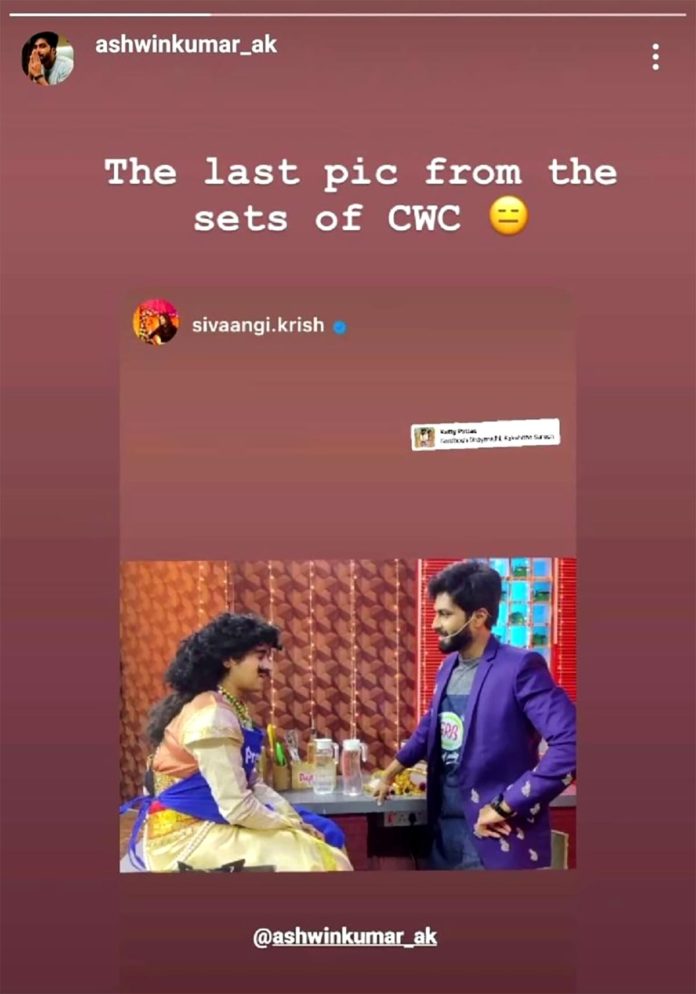 It is known that the show ‘Cook with Comali’, which is airing on Vijay TV, has been very well received, and the grand finale of the show will be telecast on Vijay TV for 5 hours on 14th April 2021.

Kani, Ashwin, Baba Bhaskar, Shakeela, and Pavithra have qualified for the Cook With Comali Season 2 show finals, and it has been reported that Kani has emerged as the title winner of the show. Shakeela and Ashwin are also said to be in second and third place, respectively.

It is noteworthy that a few special guests were present during the grand finale, and the promotional videos are going viral. It is also worth noting that the ‘cooks’ and comalis who participated in the show have greeted each other with tears as this was their last episode on the sets of CWC.

Even Ashwin has posted a photo on his Instagram page captioning it as the last photo from the sets of Cook with Comali. It shows Shivangi in the ’24am Pulikesi’ makeup sitting and Ashwin talking to her. Ashwin, who posted this photo with a smile, mentioned that he would never forget this photo.