Home Entertainment Cook with Comali 2 contestants Salary: This is how much Cooks and...
Facebook
WhatsApp
Twitter
Telegram 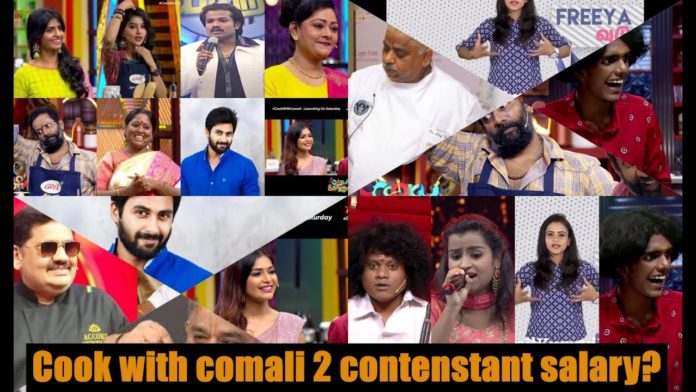 While the first season of the show ‘Cook with Comali’ airing on Vijay TV has been a partial success, the second part which is currently airing has been very well received by the people. It is safe to say that many became addicted to the show. The whole reason for that is because of the jokes from cooks and comalis and the dishes they cook in the show is a complement to their acts performed.

According to reports, Manimegalai, Sunitha Gogoi, and Shivangi are being paid Rs 20,000 per episode, and Bala and Pugazh are being paid Rs 15,000 per episode. It is also worth noting that Cook and some of the Comalis who participated in the ‘Cook with Comali’ show also have gotten the opportunity to star in movies and their salary is likely to be in lakhs in these new movies.