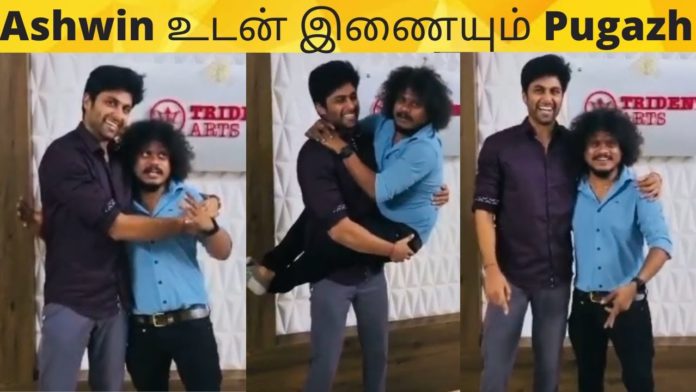 Cook with Comali 2 grand finale aired yesterday, 14th April 2021, on the eve of Tamil New Year. Though it was a grand event, the fans are sad as their favorite show, which airs for the past six months, has ended. As per the information we got, Kani is the winner of the 2nd season while Shakeela and Ashwin were the first and second runners.

The show was lively from the beginning but emotional at the end. Now the fans are eager to know what their favorite ‘Cook with Comali 2’ will do after the finale. In this situation, Ashwin and Pugazh have shared happy news as the show ended yesterday.

Pugazh and Ashwin will be starring in a new film together. Directed by debutant director Hariharan, the film is being produced by Trident Arts Ravindran. Fans are happy to see their favorite pair on the big screen.