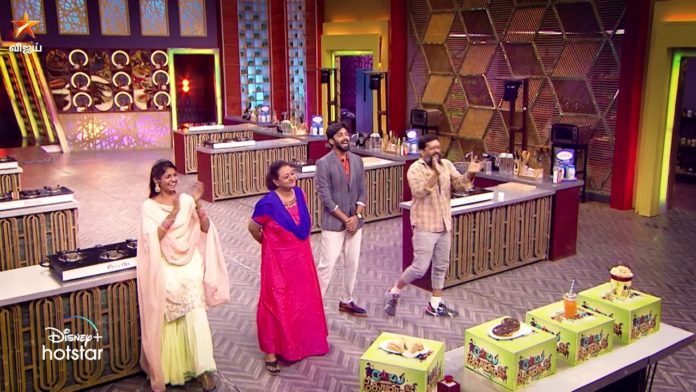 Note: Manimegalai will be absent this week due to her injury.

The four cooks received two ‘Comalis’ each. As a result, the tasks will be intense and highly competitive. However, one cook will receive the coveted opportunity to become the first finalist of ‘Cooku With Comali’ Season 2.

Ashwin is paired with his beau from the show, Shivangi. However, tempers run high as Shivangi disappoints during the advantage task. The Semi-final task involved making a chocolate bomb. However, with two Comalis for each cook, the drama and comedy were intense.

A promising show filled with rib-tickling humor will come to an end soon. However, the audience is eager to watch the action from the penultimate week. Tempers will run high, but the comedy will flow like a river as Madurai Muthu will be a special guest.

According to reports, the first finalist of Cook With Comali 2 is Kani. Baba Bhaskar and Shakila will be the other finalists. Ashwin might scrape through into the finals. However, the real suspense around the winner of ‘Cook With Comali Season 2’ beckons.