Home Entertainment Web Series Comicstaan 2 is Back in Action with Better and Funnier Contestants this...
Facebook
WhatsApp
Twitter
Telegram 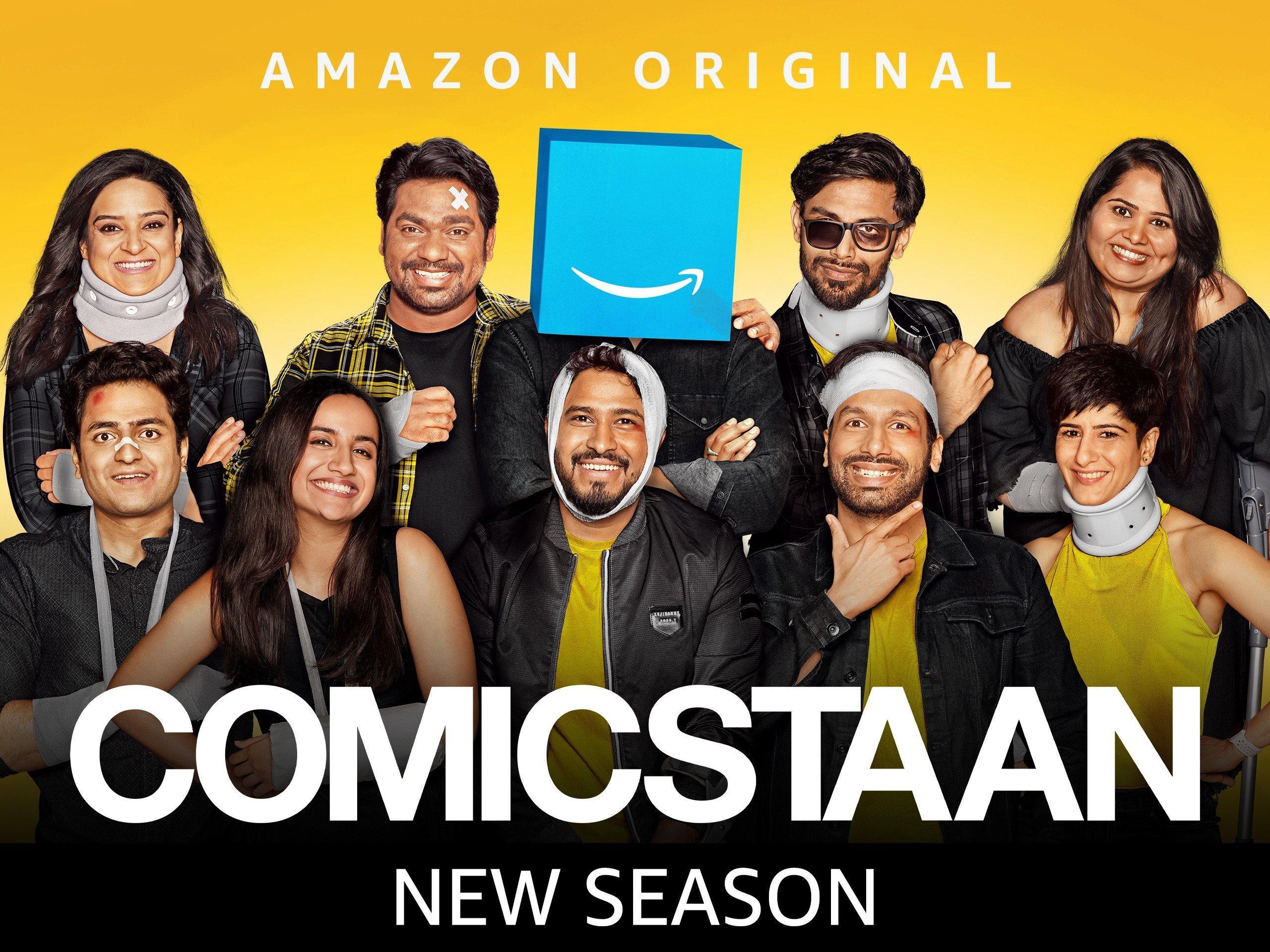 After the hilarious and mind blowing first season, Amazon Prime Original Comicstaan is once again back in action. The new season not only has new contestants but also new judges and host. This season Zakir Khan, Neeti Palta and Sumukhi Suresh have joined the judges’ panel. Urooj Ashfaq is the new host along with Abish Mathew for this season. Let’s have a look at the participants of this season.

The first contestant to perform on the stage of Comicstaan season 2 is Supriya Joshi from Maharashtra. She started with the bold category of pornography. She is one of the most talented contestant when it comes to observational comedy and improve comedy. Supriya is a writer, performer, comedian and as she likes to say ‘feminist af.’ She has a bit of experience working in the stand-up circuit with comedians like Urooj .

One of the most professional and funny participant is Rohan Gujral. His delivery and set-up has made a mark for the judges. Although he played safe in the first episode in terms of choice of topics, the comedian from Maharashtra has a lot more in the bag.

The amateur artist is rocking on stage with amazing comic timing and grip over the audience attention. He secured the third rank on the leader board in the first episode. Raunaq is also from Maharashtra and he has been working lately in the comedy circuits.

One of the most notorious mind in the pack is Samay Raina. The boy from Kashmir has been trying his material in recent times. On this show he has delivered some of the most hilarious sets in the past episodes. He has very good command and timing to play with. Also known as the most ‘Harami’ piece, he is someone one will give a tough fight to the other contestants.

The cute girl from Maharashtra is trying her best to impress the audience and the judges. However she still has to overcome stage fright issues. Her writing skills are top notch and she has been improving exponentially in the consequent episodes.

The nerdy nut cracker of the show is none other than Joel D’Souza. This guy has a very different tone as compared to other comedians. He has recently jumped in writing and performing. In the first episode of the season he was appreciated a lot for his distinct style and great observations.

The Lucknow cutie has left the audience and judges shocked with her amazing skills. She was a lot nervous in the first episode but it has all been reduced to zero. Shreeja has been performing as a comedian for over a year and her videos are out there on YouTube. The girl has been killing it since day one with brilliant comic timing and punch lines.

The Jharkhand boy is making steady leaps episode after episode. He has been a treat to watch and no one in the show is as good as him when it comes to punch lines. Though he lacked the flow in the first set, there has been a lot of improvement in terms of writing and delivery.

One more comedian from Bengaluru who has made the audience laugh into tears is Ramya. The beautiful girl is witty and a lot more hard working than any other contestant. She has been performing online and offline for almost a year and her writing skills are remarkable.

The only Delhi boy this time in the pack is Aakash Gupta. In the observational round he left the judges laughing out loud through the great set of food host. In the first episode he ranked number one on the leader board. The squeaky and quirky noises made by Aakash is the best part about his sets.