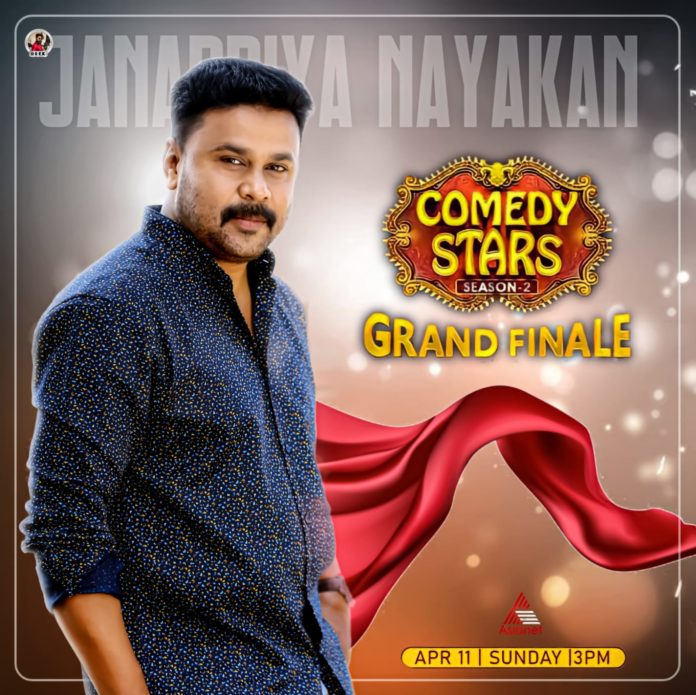 Comedy Stars Season 2 airing on Asianet is coming to an end. Comedy Star is the longest-running reality show to air in Malayalam. The reality show has gone through various stages over the past eight years. All the winning teams from the semi-finals, Team Rock, Black & White, Four Stars, and Chirikkudukka, will compete in Sunday’s Grand Finale.

Actor Dileep will be the chief guest at the grand finale. Tini Tom, Nadirsha, Pashanam Shaji, Bijukuttan, Paris Lakshmi and Saranya Anand will also perform in the final. The judges are Jagdish, Lal, Siddique, Salim Kumar, and Shweta Menon. Meera Anil is the host of the reality show.

Movie stars Nobby Marcos, Nelson, Shashank, and Aziz, are the findings of Comedy Stars. The Comedy Stars Season 2 Finale will happen at 3 pm on Sunday 11th April 2021. The grand finale will air from 3PM to 9PM for six hours.