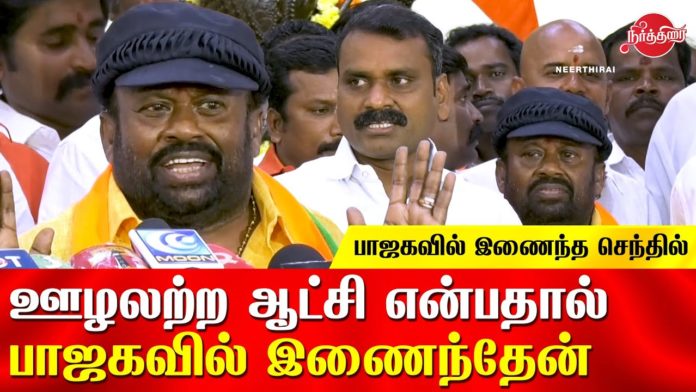 Actor Senthil has emerged as an unavoidable comedian in Tamil cinema in the 1980 and 1990s. Besides, his combination with Goundamani is still considered to be the best among comedians in Tamil cinema. It has been reported that actor Senthil, who has developed such an identity, will be playing the hero of a film a few months back.

In this situation, actor Senthil, who was earlier the star speaker of AIADMK, joined AIADMK after the demise of Jayalalithaa. He was later promoted to party organizing secretary. But he was relieved of his responsibility for not focusing on his responsibilities.