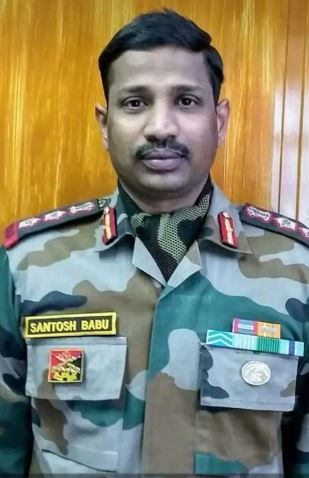 Colonel B Santosh Babu, the Commanding Officer of the Army’s 16 Bihar unit who was killed during a violent clash between Indian and Chinese troops at Galwan Valley in Eastern Ladakh on Monday night, had taken over his battalion only in December last year.

After completing his studies in Suryapet, Colonel Babu attended the Sainik School in Korukonda and went to secure a graduation degree from Pune before enrolling in IMA-Dehradun. His first posting was in Jammu and Kashmir.