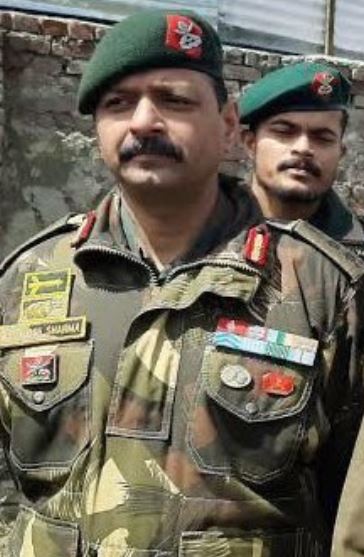 Col.Ashutosh Sharma was killed in action on 2nd May, 2020 at Handwara. He had led the combined team of 21 RR and J&K Police to rescue civilian hostages and in the process was ambushed by terrorists hiding there.

Col. Ashutosh Sharma had won many gallantry awards. He was known for leading many anti-terrorist operations. Only in the month of April, he was part of three successful operations killing 11 terrorists.

Unfortunately, he fell for a trap led by terrorists and civilians. As per our sources in Kashmir, two terrorists had fired on the convoy. Ashutosh along with four other went inside the house just adjacent to them. Two heavily armed terrorists were already waiting there. As soon as all of them entered the house, two terrorists sprayed bullets on them. Officers couldn’t even retaliate. They were killed in deception. They made a fatal error of judgement.