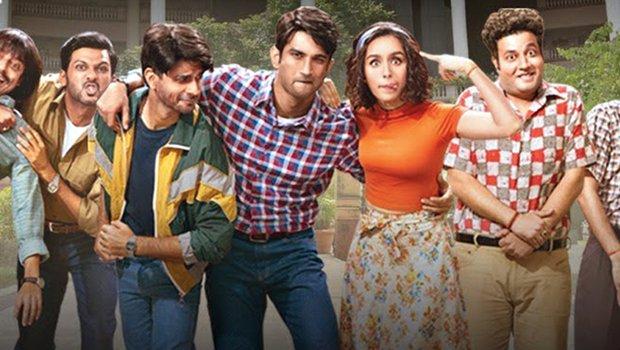 Sushant Singh Rajput and Shraddha Kapoor starrer film Chhichhore is not only getting positive reviews but the film is also doing very well at the box office. The film Chhichhore, directed by Nitesh Tiwari, was released in theatres on this Friday, 6 September 2019. On the first day, the film opened at the box office with a gross of 7.32 crores, while on the second day the film earned around 12 crores. According to the box office, the film has grossed 19 crores in two days. It is expected that the film will earn more on Sunday.


According to trade analyst Taran Adarsh, the film’s earnings have increased by 67.35 percent on the second day of release. It is expected that after earning the weekend, the film can earn up to Rs 35 crore. The film may have slowed down, but on the second day there has been a tremendous jump in the film’s earnings. There is a lot of craze in the college students regarding the film. Talking about the story of Chhichhore, the story of the film is based on college life. In the film, apart from Sushant Singh Rajput and Shraddha Kapoor, Varun Sharma, Prateek Babbar, Naveen Polisetti and Tahir Raj Bhasin are in important roles. In this film, both Sushant Singh Rajput and Shraddha Kapoor are seen together for the first time.