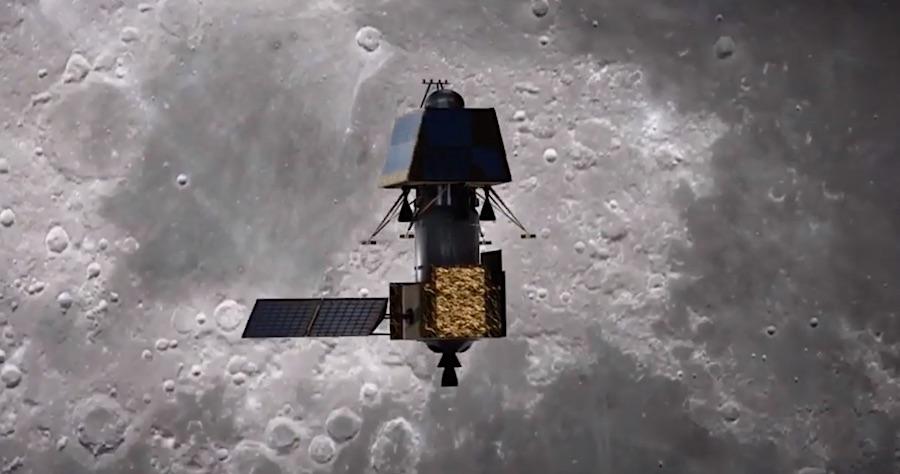 The second moon mission of the Indian Space Research Organization (ISRO) Chandrayaan-2 moon lander Vikram is ready to land on the moon on 7 September. It has successfully completed the second and last day-orbital operation on Wednesday. The next phase will take place after the last orbit of Vikram Lander attempting a soft landing on the lunar surface in the early hours of Saturday. A senior ISRO official said that 70 high school students of the country will join to see its landing. Prime Minister Narendra Modi will be present with them at the centre of ISRO to witness the successful moon landing of Chandrayaan-2.

A successful landing on the moon will make India the fourth country to make a soft landing on the lunar surface after Russia, America and China. But India is the first country to start a mission to the unmanned and unknown moon’s South Pole. ISRO stated that with the successful completion of the last de-orbital operation, Vikram Lander has achieved the required orbit to launch the Rocket towards the lunar surface. According to ISRO, the second de-orbital operation of Vikram Lander using an on-board propulsion system started at 3.42 am and was completed in nine seconds.

According to the Indian Space Agency, the Vikram lander is scheduled to land operatively between 1 am and 2 am on 7 September. ISRO said that the touch down in the southern polar region of the moon will occur between 1.30 am and 2.30 am. After Vikram Lander touches the moon, the rover will be taken down from the Pragyan lander, for which this research was done. Meanwhile, the Chandrayaan-2 orbiter will continue to revolve around the Moon in an orbit of 96 km x 125 km.

ISRO said, both the orbiter and Vikram are in good health. Describing a soft landing on the moon, former ISRO chief G. Madhavan Nair said that it is something like a flying saucer coming upwards and then descending slowly. It is almost such a sequence that ISRO is going to implement, practically there is no real time control on the ground. Nair explained, only the on-board cameras will look for the right location and once it matches, there are five rocket engines that will first control the speed down and then float it almost to the point and there will be some movement that Will move it to the correct location, gradually direct it to the landing site.

On Monday afternoon, the Vikram lander split from the spacecraft Chandrayaan-2. On July 22, the Rs 978-crore Chandrayaan-2 was launched into space by India’s heavy lift rocket Geosynchronous Satellite Launch Vehicle-Mark 3 (GSLV Mk3) in text book style. According to ISRO, Chandrayaan-2 aims to develop and demonstrate key technologies for end-to-end lunar mission capability, including soft-landing and planting on the lunar surface. The mission aims to expand information about the Moon through a detailed study of its topography, mineralogy, surface chemical composition, thermo-physical characteristics and atmosphere, so as to better understand the origin and evolution of the Moon.