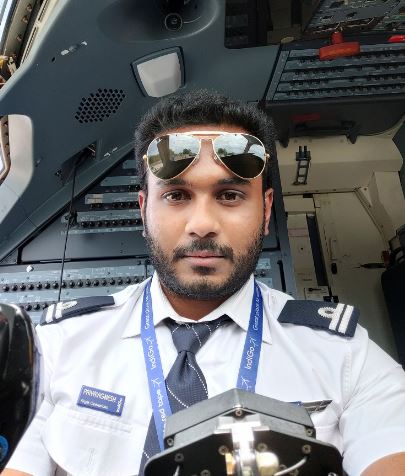 Captain G Priyavignesh is a pilot who is currently on lime light ever since he posted a small clip of his Tamil in-flight announcement which was delivered a week ago. The pilot makes the same announcements in English because it is mandatory, which works to the benefit of passengers who do not understand Tamil.

Priyavignesh has been operating commercial flights around south India over the past two years. He took up flying lessons at the Madras Flying Club while pursuing his BA in History at Loyola College in Chennai.