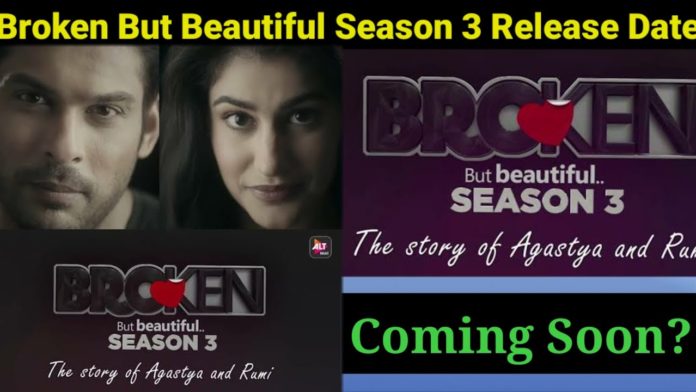 There is good news for the fans of Sidharth Shukla. The actor’s web series Broken But Beautiful 3 is set to release soon. Fans will be seen Sidharth Shukla romancing heavily with Sonia Rathi in the web series.

Siddharth Shukla, the popular actor on TV, is very much liked by his fans. After winning Bigg Boss 13, his fan following has increased tremendously. People also like the pair of Siddharth and Shehnaaz Gill. After Bigg Boss, Siddharth has also appeared in some music videos. Siddharth is soon to make his digital debut with the hit web series titled Broken But Beautiful Season 3. It is being told that Sidharth’s most awaited project with Sonia Rathi will be revealed to the people soon.

Siddharth Shukla will be seen in an intimate scene

According to SpotBoye’s report, the shoot of this web series was completed long back, and now post-production is going on. If everything goes well, you will get to see the series with the tremendous romance of Sidharth and Sonia in May 2021.

Siddharth Shukla finished the shoot of this web series long back. He finished it prematurely by doing double shifts. In the series, Siddharth will be seen playing the role of Agastya Raw, who falls in love with a girl named Rumi. Fans will get to see the tremendous romance between the two.

Recently the video of the intimate kissing scene between Siddharth and Sonia was leaked. After seeing this, the fans were also surprised.

I am so PROUD n happy that ACTOR @sidharth_shukla is BACK🔥

The kissing scene was leaked

However, after watching this kissing scene of Siddharth, Shahnaz Gill’s fans definitely appeared angry with the actor. Fans love the pairing of Siddharth and Shehnaaz so much that they could not see the actor’s romance with anyone else. But fans are definitely excited to see Sidharth acting on the screen after a long time. Let us tell you that Ekta Kapoor is also producing this segment of ‘Broken and Beautiful 3’.