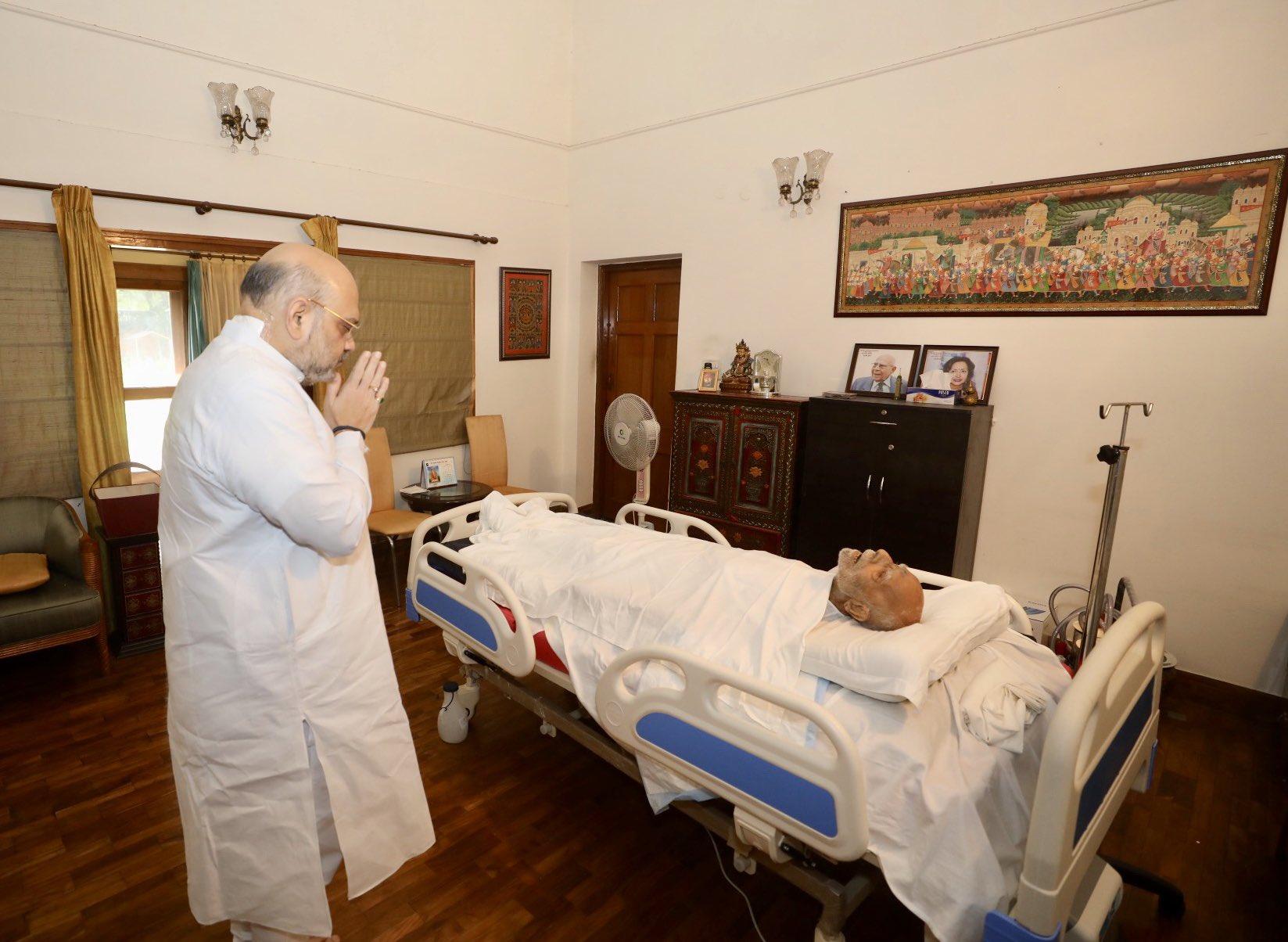 One of the finest lawyer, considered an institution in himself and Hon’ble MP (RS), Shri Ram Jethmalani passes away. A void difficult to fill. Our profound condolences from TheNewsCrunch. He was considered a eminant Law mind & Always spoke his mind freely. He was a legend of bar and idol of millions of lawyers. May his soul rest in peace. He passed away six days short of his 96th birthday. Ram Jethmalani fought a number of high-profile cases including those where he defended the assassins of former Prime Ministers Indira Gandhi and Rajiv Gandhi.


He is survived by his son, noted lawyer Mahesh Jethmalani and a daughter based in the U.S. His other daughter Rani Jethmalani died a few years ago. Mahesh Jethmalani said his father’s last rites will be performed in the evening at Delhi’s Lodhi road crematorium, according to PTI.

Deeply condole the passing away of the veteran lawyer and former Law Minister Ram Jethmalani. His brilliance, eloquence, powerful advocacy and sound understanding of law will remain a worthy example in legal profession. My profound condolences.

Arvind Kejriwal mourned Jethmalani’s death and described him as an institution.

“Extremely saddened at the passing away of legendary lawyer Ram Jethmalani ji. An institution in himself, he shaped criminal law in post-independence India. His void would never be filled and his name will be written in golden words in legal history,” he tweeted.

He was elected a member of Parliament in the 6th and 7th Lok Sabha on a BJP ticket. Jethmalani was also a member of the current Rajya SabhaIn 2013, the BJP expelled Jethmalani from the party for six years for making anti-party statements. Union Home Minister Amit Shah visited Jethmalani’s residence to pay his respects .

Ram Jethmalani ji’s passing away is a irreparable loss to the entire legal community. He will always be remebered for his vast knowledge on legal affairs. My condolences to the bereaved family. Om Shanti Shanti Shanti.