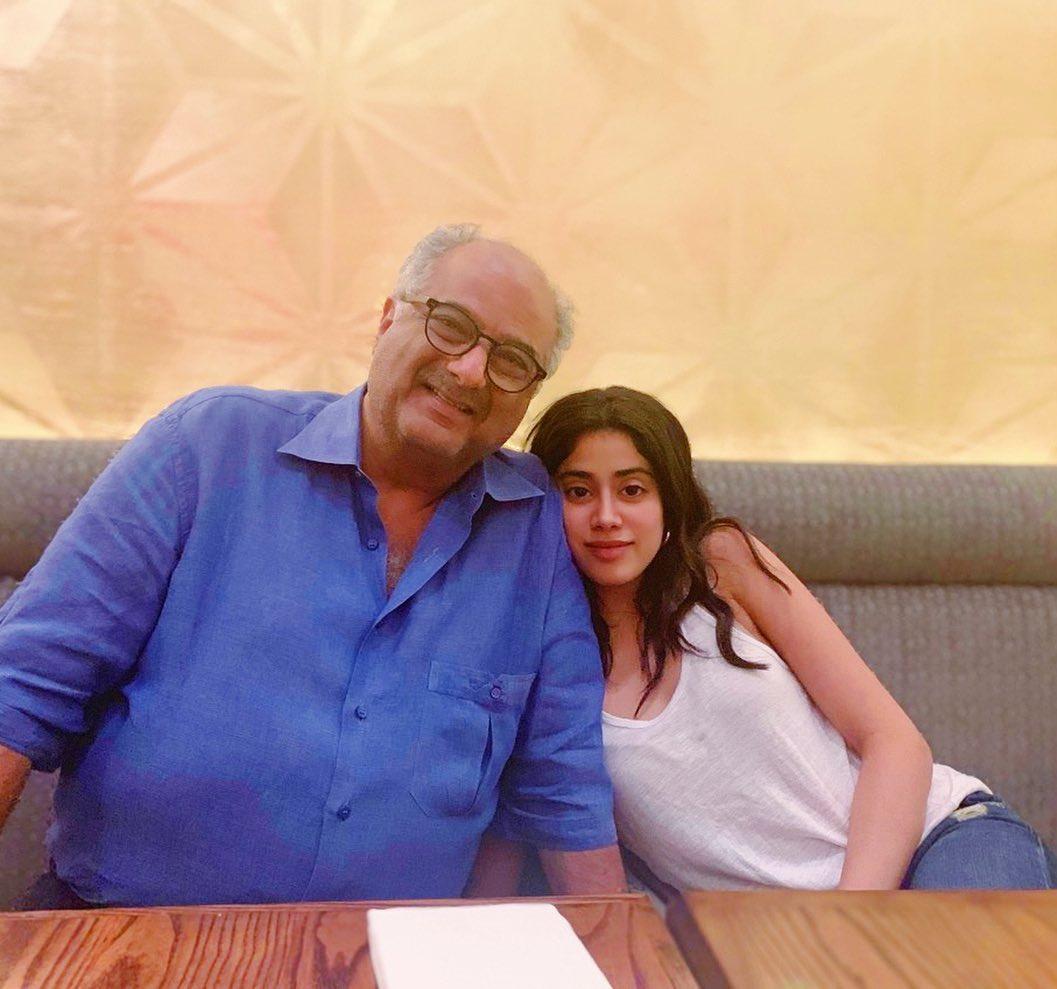 Sridevi’s daughter Janhvi Kapoor is constantly in the limelight due to her upcoming films. Janhvi is soon to appear in Gunjan Saxena’s biopic ‘The Kargil Girl’. His character in this film will be of Gunjan Saxena. Also, this beautiful actress from Bollywood will also be seen in Karan Johar’s films ‘Takht’ and ‘Dostana 2’. Earlier this year, Karan Johar announced his big budget film ‘Takht’. He had said in this announcement that ‘Takht’ will feature Vicky Kaushil, Anil Kapoor, Ranveer Singh, Alia Bhatt, Kareena Kapoor Khan in important roles besides Janhvi Kapoor. So, Karan Johar has signed Jahnavi Kapoor as well as Karthik Aryan for the film ‘Dostana 2’.

Apart from all these films, Janhvi Kapoor will also appear in the audience with a strong character in ‘Roohi-Afza’. Now another film has been added to the list of all these films. Yes, Janhvi Kapoor will soon be seen in ‘Bombay Girl’. According to the latest information received, Jahnavi Kapoor’s father Boney Kapoor producer Mahavir Jain is together making the film ‘Bombay Girl’. Jahnavi will be seen in the lead role in this film. Janhvi’s character in the film will be that of a rebellious young girl. Also, this film will also show the difference of two generations together. ‘Bombay Girl’ will be directed by Sanjay Tripathi. He has also written this film.

Boney Kapoor collaborates with his daughter #JanhviKapor for the first time… Titled #BombayGirl, the coming-of-age story of a rebellious teenager will be directed by Ssanjay Tripaathy… Produced by Boney and Mahaveer Jain, the film goes on floors in January 2020!! *OFFICIAL* pic.twitter.com/f0FnMuSxEd


Apart from Janhvi Kapoor, there has been no disclosure about which actors will be seen in this film. But the makers decided to release the film on January 2020.