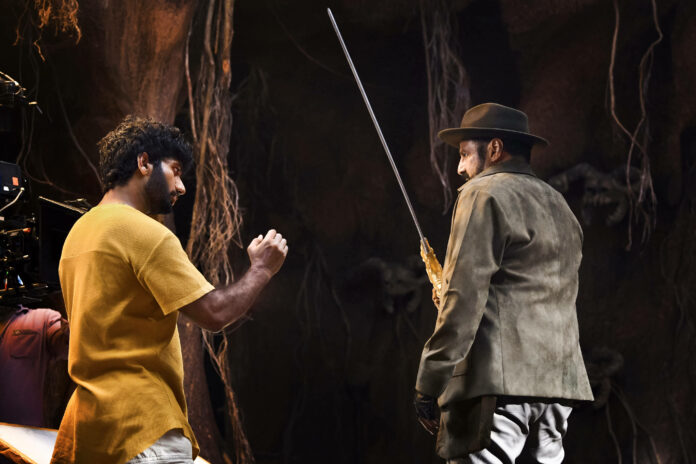 Hyderabad, 1st October: aha’s brainchild ‘Unstoppable with NBK’ has captivated the audience since its inception. The show features Nandamuri Balakrishna, the host who has won the hearts of the millions with the first season. The IMDb top-rated talk show is gearing up for a massive surprise for its ardent viewers. Well, yes!! Known to leave no stone unturned in entertaining its masses, aha Telugu has constantly been associating with Tollywood legends, successfully making its mark in the digital streaming industry. The 100% local entertainment OTT platform is all set to associate with veteran director Prashant Verma and this time will surely be breath-taking.

Prashant Verma, the director of spectacular films such as Zombie Reddy, Kalki, and Awe, has always been someone who pushed the envelope with everything he has done so far. From directing a short film Deenamma Jeevitham in 2011 to being a captain of the ship for the promo of Unstoppable with NBK season 1 for the King of the Masses, Nandamuri Balakrishna, aka NBK, has done it all. The noble icon’s vision for the concept video of the Unstoppable with NBK season 2 is going to be absolutely magical!

Talking about the same, Prashant Verma shared, “I’ve been waiting to collaborate with Balakrishna sir, after directing the promo of season 1, which created a history in the world of talk shows. To explicate a story again for NBK is surreal. The minute aha approached me for Unstoppable with NBK season 2, I was drawn to it. The film delivers everything one expects. It wouldn’t be wrong to say this promo is, in a way, my brainchild, so I ensured that everything must be picture-perfect! It’s been a blast working with the Balayya and aha team. I hope the audience enjoys the effort on 4th October.”

Watch Prashant Verma’s paisa vasool vision and Nandamuri Balakrishna crashlanding into your screens with his usual panache and super energy on 4th October 2022 at Vijayawada!