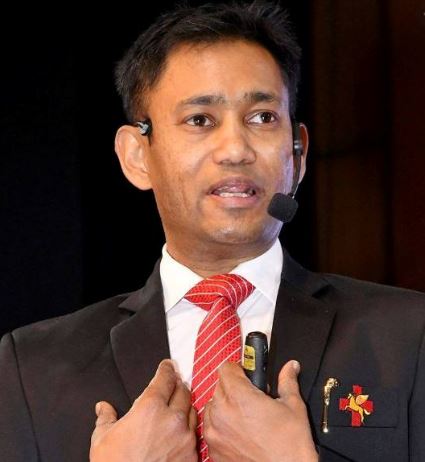 In 1994, he got admission in the Punjab Engineering College (PEC) in Chandigarh, where he pursued BTECH in Production Engineering. However, later he shifted his field of specialisation from engineering to Nutrition & Health. He specialised in Lifestyle medicine and many other Human medical Science programs. He claims to have developed ” The DIP Diet” that is capable of treating diabetes in a span of 72 hours.

He accused modern doctors of using obsolete methods for treating ailments in a report ” End of Modern Medicine” in the online edition of The Statesman.
Many doctors and experts say that Biswaroop resorts to ” distortion and misrepresentation ” of medical facts. He is usually alleged to be a pseudoscientist and a fraud.
He got entangled in controversy on claiming to have a diet that can cure of COVID-19 within a span of three days. Moreover, he said that the threat from the Corona virus is hyped as a part of a conspiracy.