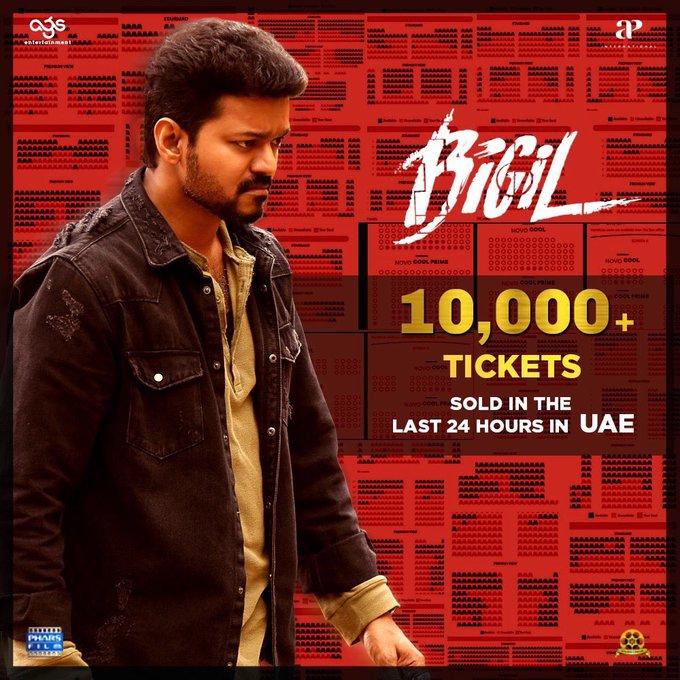 A breaking news for all Thalapathy fans who are eagerly waiting to know about Bigil release date. It has been officially confirmed by the producers that Bigil will release on Friday 25th October, 2019. Deepavali falls on Sunday this year 27th October and for Vijay fans it will be two days prior as their favourite hero’s movie is releasing two days prior to the festival.


Also Bigil has created a huge record in UAE by selling more than 10,000 tickets in 24 hours. This is the only South Indian movie which has sold more than ten thousand tickets in twenty four hours beating the record held by Baahubali 2 prior to this. This shows the level of expectation for Thalapathy movie and the fans are waiting to celebrate Deepavali with Bigil. #BigilReleaseDate and #BigilFromOct25 is trending worldwide and the trailer has received more than 2 million views in less than five days beating the record held by Baahubali 2. This would be the most expensive movie in Vijay’s career and Vijay-Atlee combo have always created Box Office magic, let’s hope this movie brings repeats the magic for third time.

Are you excited to watch Bigil FDFS? Comment below.