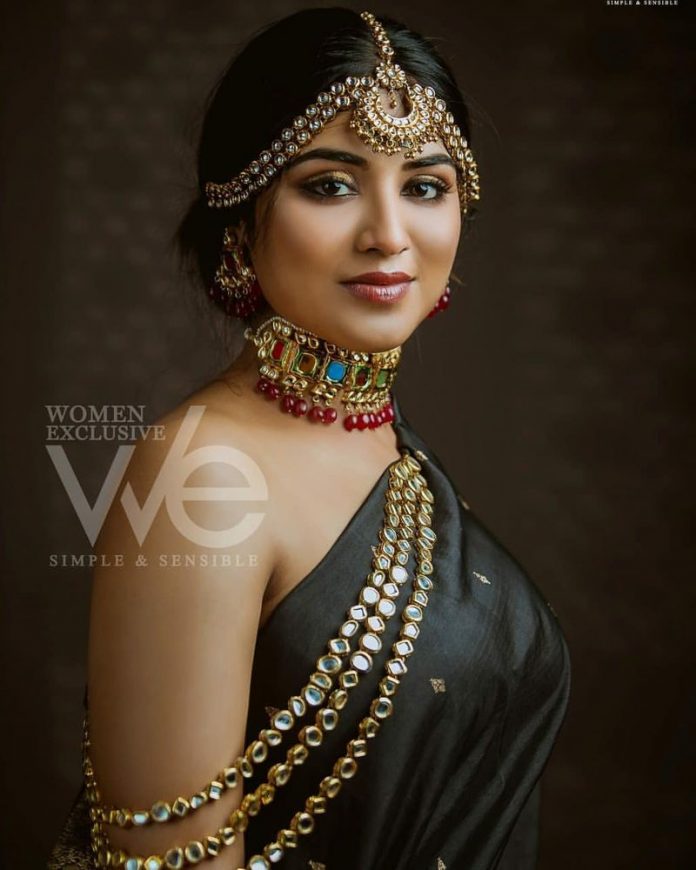 
Finally she shot to fame in Thalapathy Vijay starred in the film ‘Bigil’, in which she played a football player in the character Vembu.  However, Indhuja Ravichandran has not been able to take the lead in Tamil cinema. Currently, she is only acting in movie ‘Khaki’ opposite Vijay Antony.

In order to increase the chances of the film, she takes pictures of herself in various costumes and posts them on her social media page. She also works as a model for fashion shows and commercials. Recently, a mixed photo of Indhuja Ravichandran participating in a black hot outfit for an advertisement has gone viral on social media.