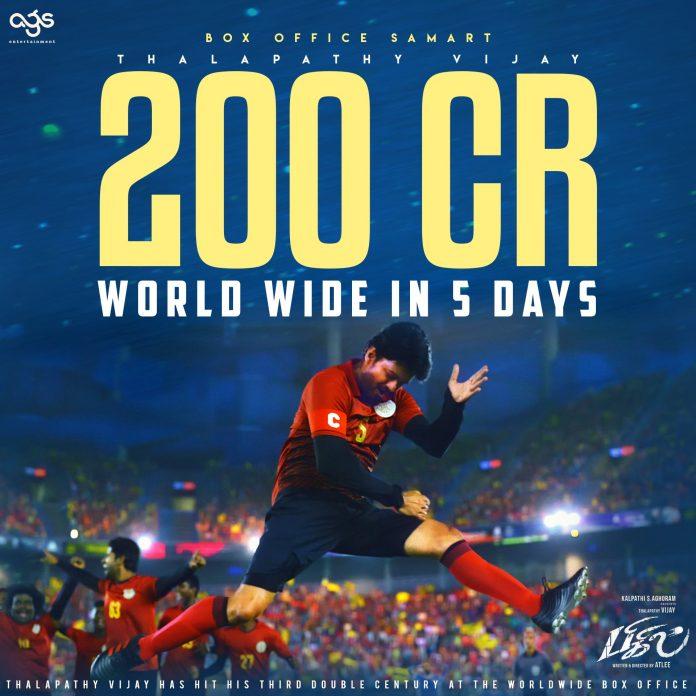 Bigil Tamil movie was released on Friday 25th October, 2019 two days prior to Diwali with much fanfare. This movie has Thalapathy Vijay has the hero and it’s one of the most expected Tamil movie of 2019. With five days of box office run this movie has made a record collection of 200 crores and will be the second movie to enter this club this year next to Petta movie which starred Rajinikanth and was released during Pongal 2019.


Now Thalapathy Vijay has four movies in the 200cr aka 1Million club which are Theri, Mersal, Sarkar and Bigil. With this Vijay is catching up with Rajnikanth who has 7 movies in this 200cr Club. Being a Tamil movie Bigil has achieved this remarkable feat in just 5-days which is record breaking event. #BigilHits200CRs is trending worldwide on social media and Vijay fans are extremely happy with this news.

Though Bigil leaked online by Tamilrockers and available on torrents for download it has not dampened the spirits of Vijay fans and public and this box office collection shows how good run this movie Bigil had now.