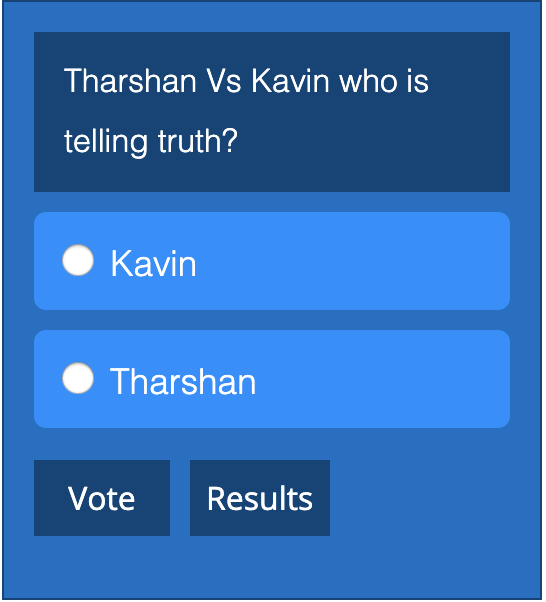 A recent promo of Bigg Boss showed Tharshan saying that Kavin was pulling him down to win the game, while Losliya was supporting Kavin saying everyone was doing that. Kavin denied it while Tharshan strongly says it was Kavin who played a foul game. Who is saying the truth Vote below.

Tharshan Vs Kavin who is telling truth?
Created with Quiz Maker